Franklinton opens District 9-4A play on Friday against Lakeshore 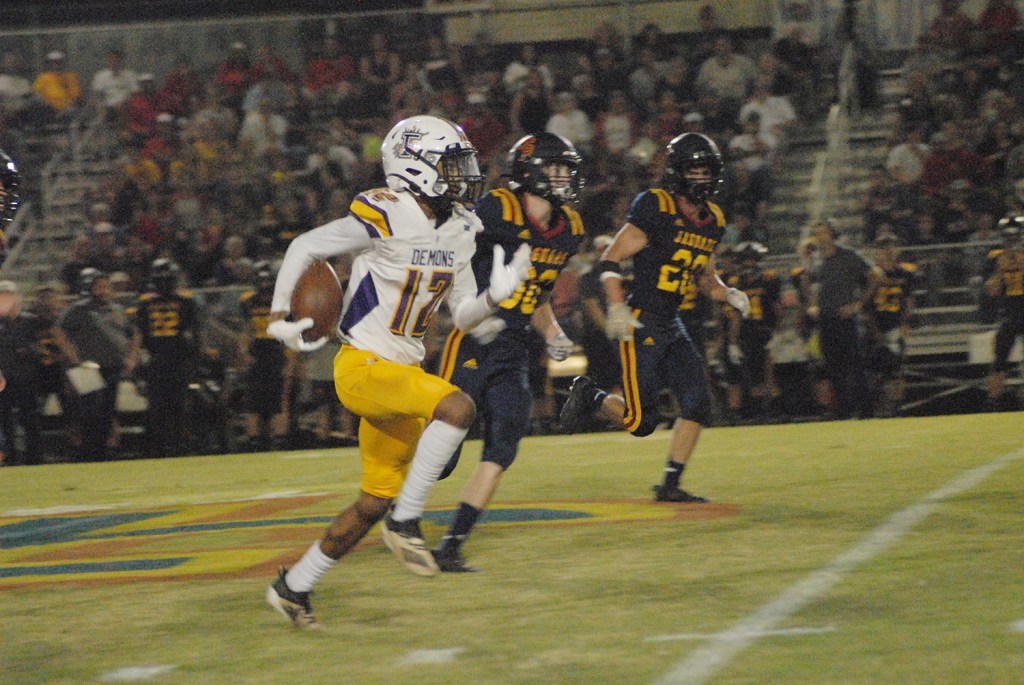 Franklinton’s Demons begin District 9-4A play on Friday with a road game against Lakeshore.

The Demons enter this week with a 3-4 record after defeating Pope John Paul II, 53-8, on Friday.

“It was a good win and a dominant performance by our guys,” Franklinton coach Jonathan Barber said. “The plan was to make sure we started fast, and we did that. Our guys were down after last week, we try to preach to them not to let one week affect the other. We thought we had an advantage on the perimeter, and we exploited that in the first half. We have to put it behind us quickly because district and distractions of the fair are (this) week. Our team is playing with some confidence right now, and we look forward to competing for the district championship. Kelly Daniels had a huge game on Friday, accounting for three touchdowns. He caught five passes for 141 yards and two scores and he tallied on a 16-yard run.

Glen Mark had one catch for 64 yards and a touchdown.

Keyon Nelson ran for 67 yards and a touchdown and caught two passes for 18 yards.

Khaled Waliagha ran for a 3-yard touchdown. Defensively, he made six solo stops with two assists and a pass defended.

Shelton Jenkins led the team in tackles with seven solos to go with two assists.

Kendarius Brumfield made three solo tackles with an assist, a forced fumble and a fumble recovery.

Lakeshore comes into Friday’s game with a 2-4 record after a 31-30 loss to Belle Chasse last week.