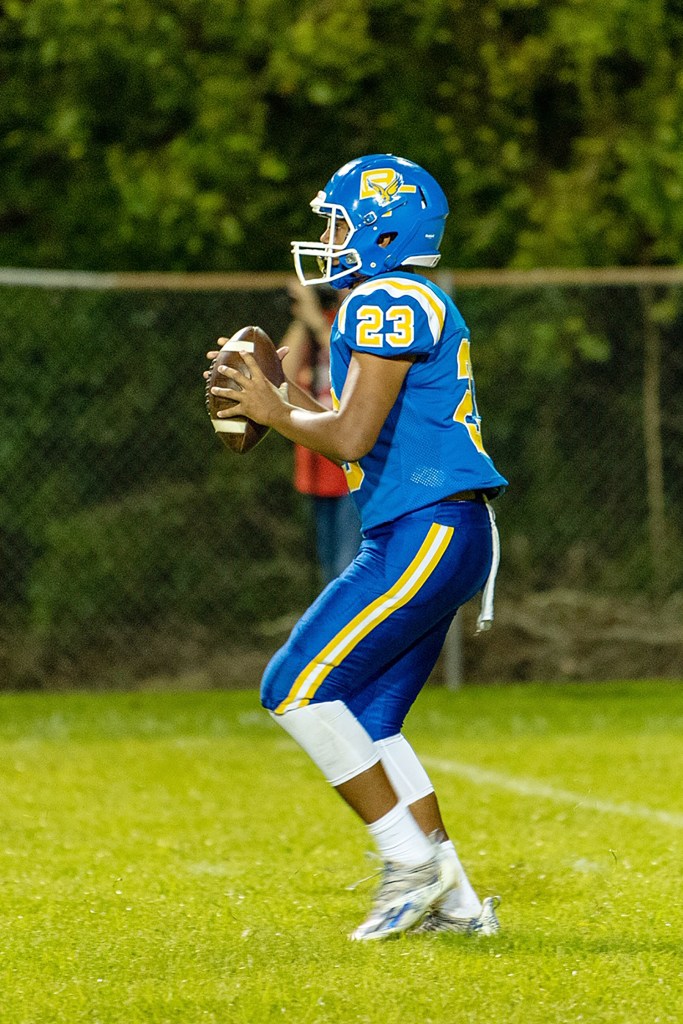 Ben’s Ford Christian School’s Eagles capped off their regular season with a 50-36 win over Kemper Academy in a District 2A2 game held at home on Friday.

“It was a good way to finish out the season. After a tough year for the most part it was nice to finish it out strong,” Ben’s Ford Christian School coach Destin Pittman said.

Ein Knight threw for 137 yards and a touchdown. Knight also ran for 14 yards.

Gage Adams rushed for 123 yards on 10 carries and two touchdowns. Adams also led the team in tackles with 6.5. He also intercepted a pass.

Aaron Forbes tallied 42 yards on the ground on two attempts.

Tucker Pittman had 33 yards on his only carry.

Trey Hartzog caught two passes for 63 yards and he had 19 yards and a touchdown rushing.

James Blackwell posted 19 yards on the ground. Blackwell also made 3.5 tackles with a half a sack and 1.5 stops for a loss.

Jonah Holston caught a pass for 74 yards and a touchdown. He also put up 13 yards rushing and a score.

Brantley Dyess ran for 11 yards. Defensively, he made four stops, a sack and 1.5 tackles for a loss.

Alex Stogner made four tackles with a half a sack and one tackle for a loss.

Malachi Normand tallied 1.5 tackles with a sack and a stop for loss.

Kemper is 1-7 overall and 1-4 in district. Kemper’s next game is Friday against West Memphis Christian School.