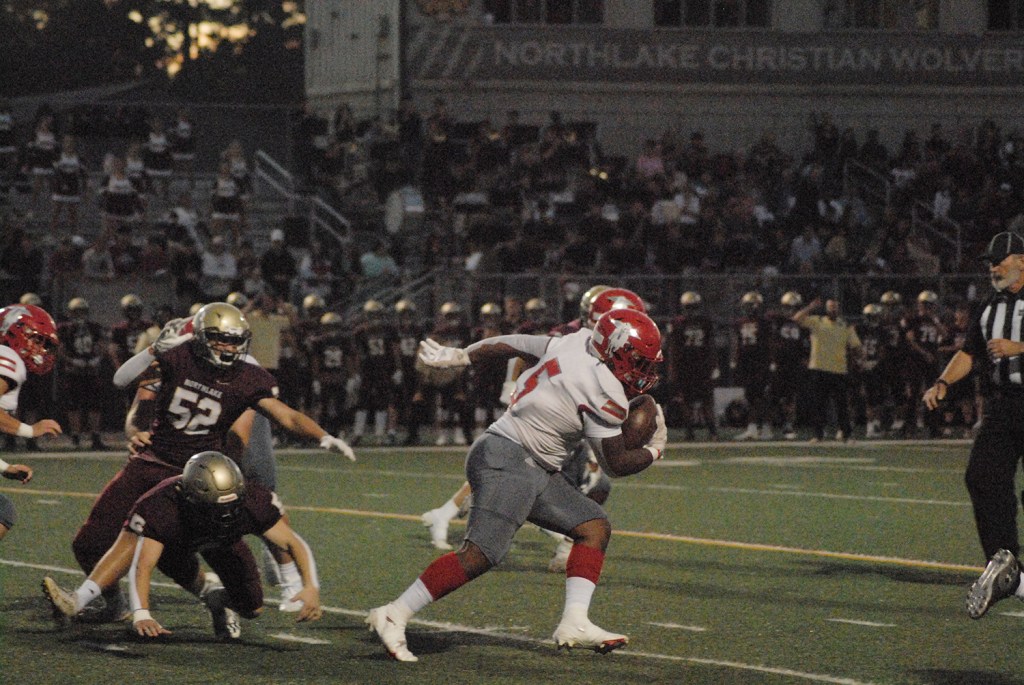 DAILY NEWS PHOTO/Chris Kinkaid Pine’s Adrianeun Johnson runs upfield in a game this season. Johnson reached the 1,000-yard mark in rushing for the season and went over 4,000 yards for his career.

Pine went to 2-0 in district and won its fourth-straight game with a 35-26 victory over Independence at home Thursday in District 9-2A play.

“I thought their offensive and defensive lines were really good,” Pine coach Bradley Seal said. “I thought that after that after the first quarter, we settled down and matched their physical play. We made too many mistakes. We gave up a touchdown on offense and one on special teams.”

Adrianeun Johnson continued his stellar season, going for 187 yards, which put him over 1,000 yards for the season and 4,000 for his career to go with three touchdowns on 20 carries.

For his career, Johnson has rushed for 4,032 yards and 43 touchdowns.

Anterrius Walker and James Owens both caught a touchdown pass.

Pine led 28-12 in the third quarter, but Independence trimmed it to 28-26 before Pine added a touchdown for the nine-point win.

Pine is 5-1 this season and will play against Kentwood at home on Thursday.

Independence is 2-3 overall and 0-2 in district. Independence will play again on Friday at home against Amite.