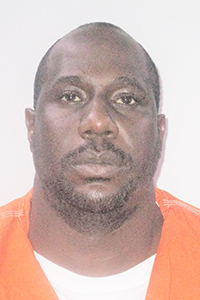 Based on the sale of illegal narcotics in Bogalusa, the Washington Parish Sheriff’s Office recently obtained a warrant for the arrest of Christopher Pernell Smith, 38, a resident of Sid Sam Road, according to WPSO Chief Criminal Deputy Mike Haley.

On Thursday, Sept. 30, Washington Parish Sheriff’s Office Drug Task Force detectives, Bogalusa Police Department officers and the Louisiana State Police made entry into a room at the Choctaw Motel on Columbia Street and arrested Smith, who was in possession of a Louisiana ID card which listed a Ferret Street address in New Orleans, Haley said.

Haley said that Smith has a record of six previous arrests in Washington Parish, beginning with a 2008 arrest for driving while intoxicated. This was followed by a succession of arrests on various charges including possession of illegal drugs, domestic abuse battery with strangulation, domestic abuse child endangerment, resisting an officer, and several counts of failure to appear in court.

“The only way to slow down a drug dealer is to put him in jail and keep him there,” Washington Parish Sheriff Randy Seal said. “Our fine officers have done their job and let’s hope he is not back on the street in the near future. Illegal drugs fuel much of the violence we see in Bogalusa and I applaud the efforts of all of our area law enforcement officers to make cases and arrests. They are doing an outstanding job.”