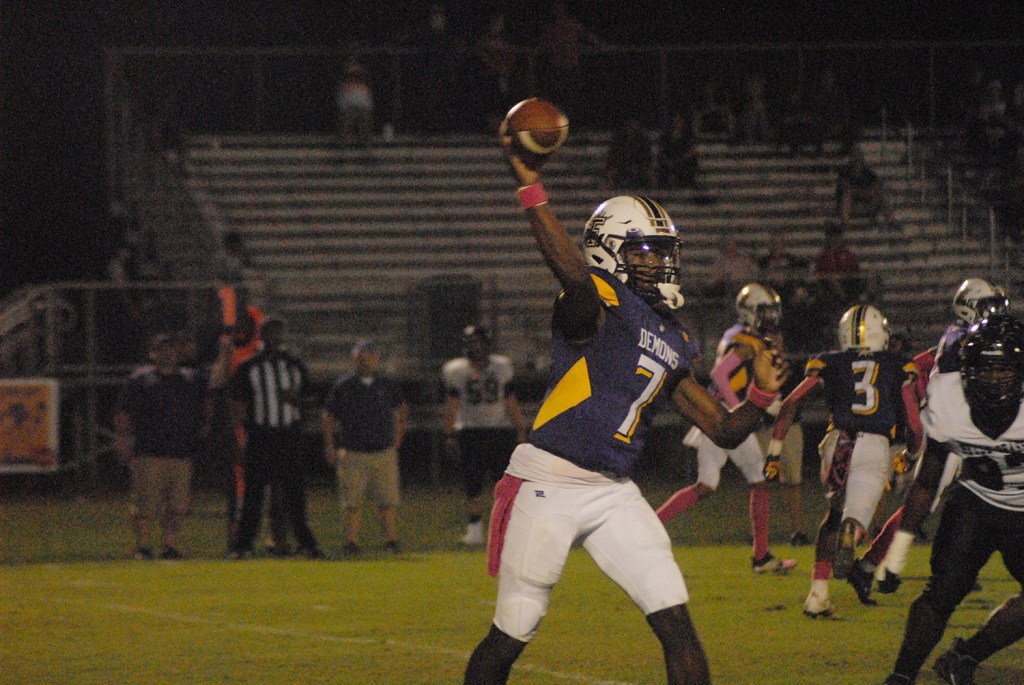 Franklinton’s Demons play against Tylertown out of Mississippi in their homecoming game on Friday.

“A lot of excitement this week because of homecoming,” Franklinton coach Jonathan Barber said. “We have a good opponent coming to our place so we are going to have to have a good week of preparation. This is a big opportunity for our team and we look forward to the challenge.”

Franklinton comes into this week with a 2-3 record. Last week, the Demons defeated Belle Chasse, 47-33.

Kelly Daniels rushed for 29 yards and a touchdown.

Khaled Waliagha scored a touchdown on his only carry from a yard out. Defensively, Waliagha posted 14 tackles with 11 of them solos.

Daniel Bryant caught four passes for 79 yards and a touchdown.

Glen Mark made three catches for 42 yards and a score.

Kendarius Brumfield had nine stops, an interception return for a touchdown and a forced fumble.

Billy Gross tallied 15 stops with 12 of them solos.