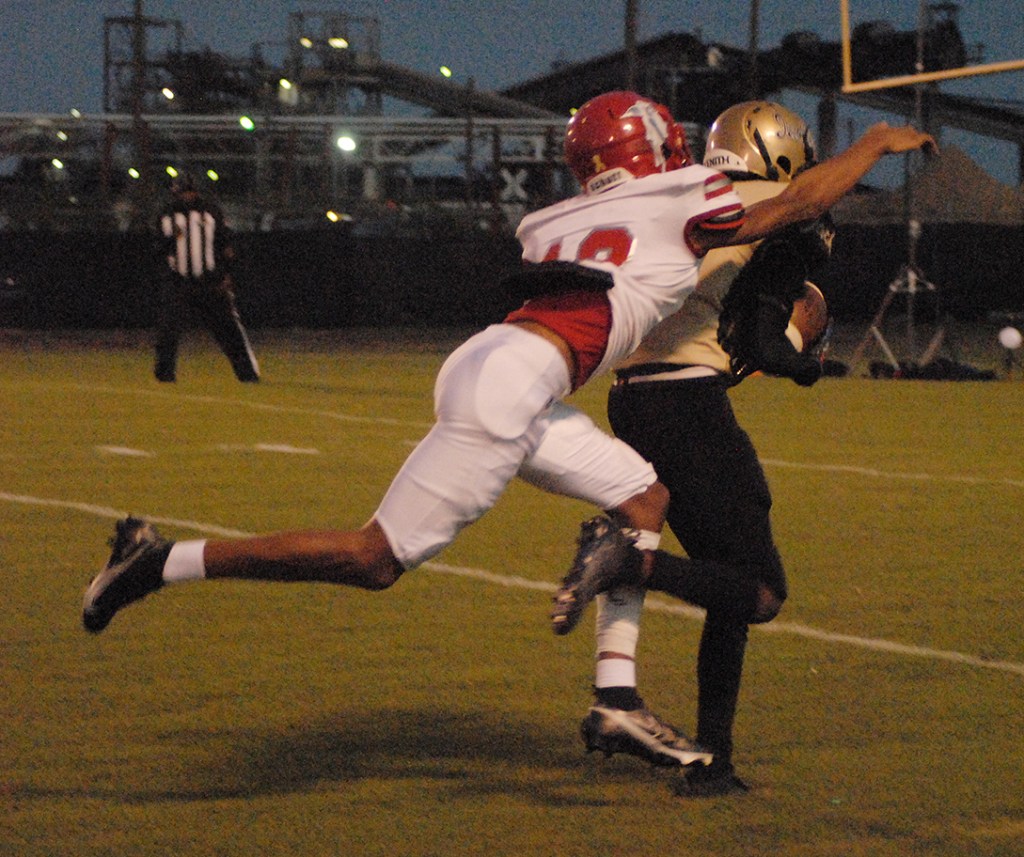 DAILY NEWS PHOTO/Chris Kinkaid Bogalusa’s Aquinas Roberts attempts to break a tackle after catching a pass in a game this season.

Bogalusa’s Lumberjacks will travel to Albany to start District 8-3A play on Thursday.

“They look good on film, so we’ve just got to come in there, play our ball game and get out of there with a win,” Bogalusa coach Cyril Crutchfield said.

Bogalusa comes in with a 2-2 record after having a bye last week.

“We just worked on some things that we felt like were important to get going,” Crutchfield said. “We got some good work done. It gave us some time to get some kids healed up as well.”

Two weeks ago, Bogalusa was defeated by Lakeshore, 59-20.

Bogalusa and Albany have met every year since at least 2009, with Bogalusa winning seven of the 12 contests.

Albany has won the last two, including last year’s 29-14 win.

Bogalusa has four regular season games left and all of them are in league play.