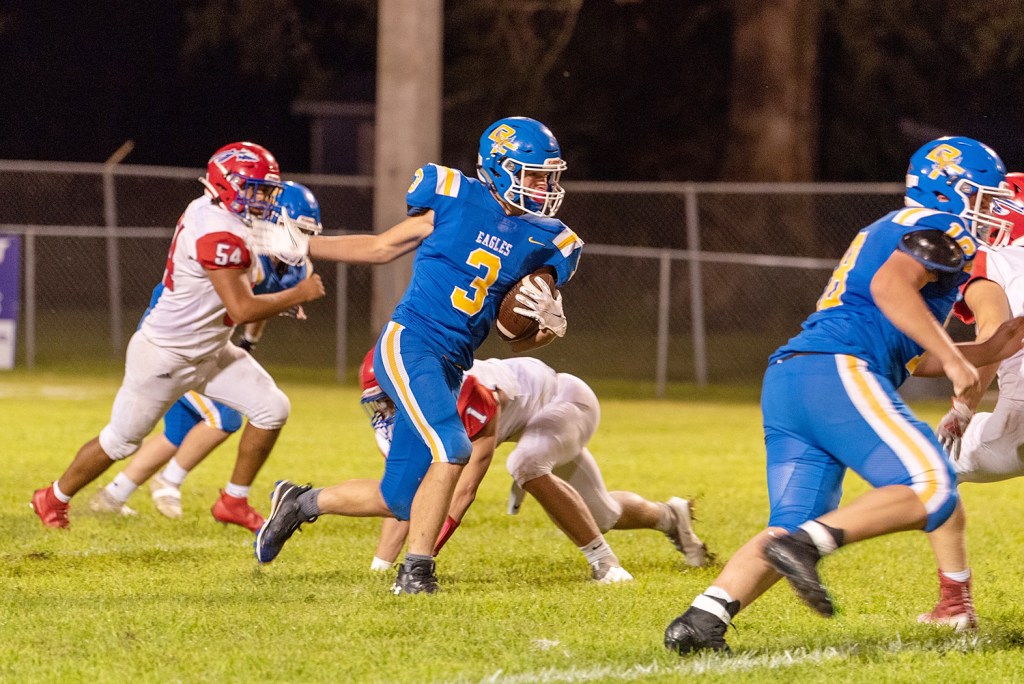 Ben’s Ford Christian School’s Eagles are at home on Friday and are playing against Christian Collegiate Academy in a District 2A2 contest at 7 p.m.

Gage Adams led the receivers with five catches for 121 yards and a score. He also made 3.5 tackles on defense and intercepted a pass.

Alex Stogner caught a pass for 3 yards and a touchdown.

Jonah Holston made three catches for 48 yards. He also tallied 3.5 tackles, intercepted a pass and recovered a fumble.

Nate Descant had a catch for 11 yards.

Defensively, Brantley Dyess led the team in tackles with eight to go with a sack and three stops for a loss.

James Blackwell recorded 5.5 tackles with a sack and two for loss.

Jonah Williams made three tackles with one for a loss.

Christian Collegiate Academy comes into this week’s action with a 2-3 overall record and a 2-1 mark in league play.