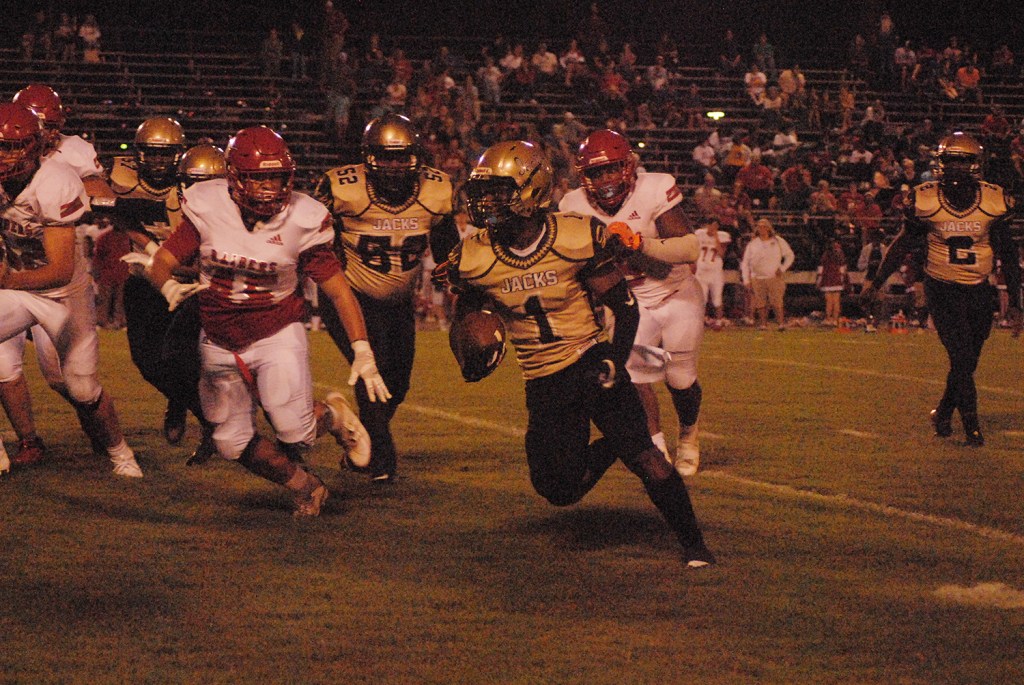 DAILY NEWS PHOTO/Chris Kinkaid Bogalusa’s Talik Williams runs the ball in a game this season. He tallied a touchdown in Friday’s game.

Bogalusa’s Lumberjacks were defeated by Lakeshore, 59-20, in a road game held on the road Friday.

“They did everything right and we did everything wrong. We’ve got to get better. There’s definitely a lot of room for improvement. We’re going to use this week to improve on the positives and work on the negatives,” Bogalusa coach Cyril Crutchfield said.

Talyn Williams and Talik Williams both posted a rushing touchdown.

Bogalusa, which is 2-2, is off this week and will be back in action on Oct. 8 against Albany on the road that will begin District 8-3A play.

The Lumberjacks have four games left and all are in league play.