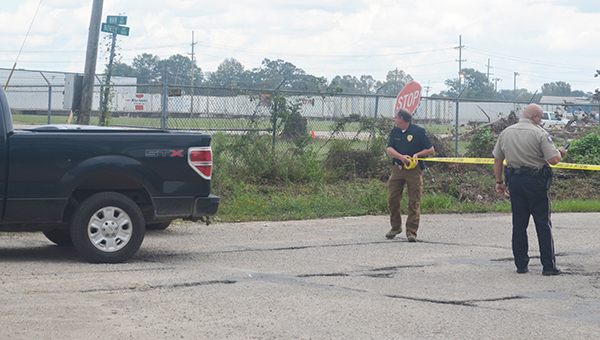 An Angie man was arrested and charged with attempted second-degree murder Tuesday, after an incident that took place Monday, according to Major Wendell O’Berry of the Bogalusa Police Department.

O’Berry said that the BPD received a “shots fired” call at approximately 3 p.m. Monday. When officers arrived in the 1100 block of Main Street, they found a 13-year-old juvenile who was suffering from multiple gunshots to his legs.

At approximately the same time, officers also received a call of a car crash at the intersection of Main Street and North Avenue, several blocks north of the shooting location. The car appeared to have crashed into a ditch.

O’Berry said the driver of the vehicle had fled the scene, and at the time officers believed that the driver fit the description of the alleged shooter.

O’Berry said that officers encountered the driver near the intersection of Columbia and Sixth streets. He was arrested for reckless operation, resisting an officer and fleeing the scene of the accident.

“He is currently a suspect but we are still investigating to determine whether or not he was involved,” O’Berry said Tuesday morning. “We believe these incidents (the shooting and the crash) may be connected.”

Later Tuesday, O’Berry confirmed to The Daily News that officers had enough evidence to charge the driver in connection with the shooting.

O’Berry said that the man, Andrew James Pernell, 18, of Angie, would be facing additional charges of attempted second-degree murder, illegal use of dangerous weapons, and possession of a firearm with obliterated serial number.

O’Berry also noted that officers believe they have located the firearm that was used in the shooting.

O’Berry said that the 13-year-old victim was transported by medical helicopter to a hospital.

“He was transported with serious injuries, but he’s stable and expected to survive,” he said.