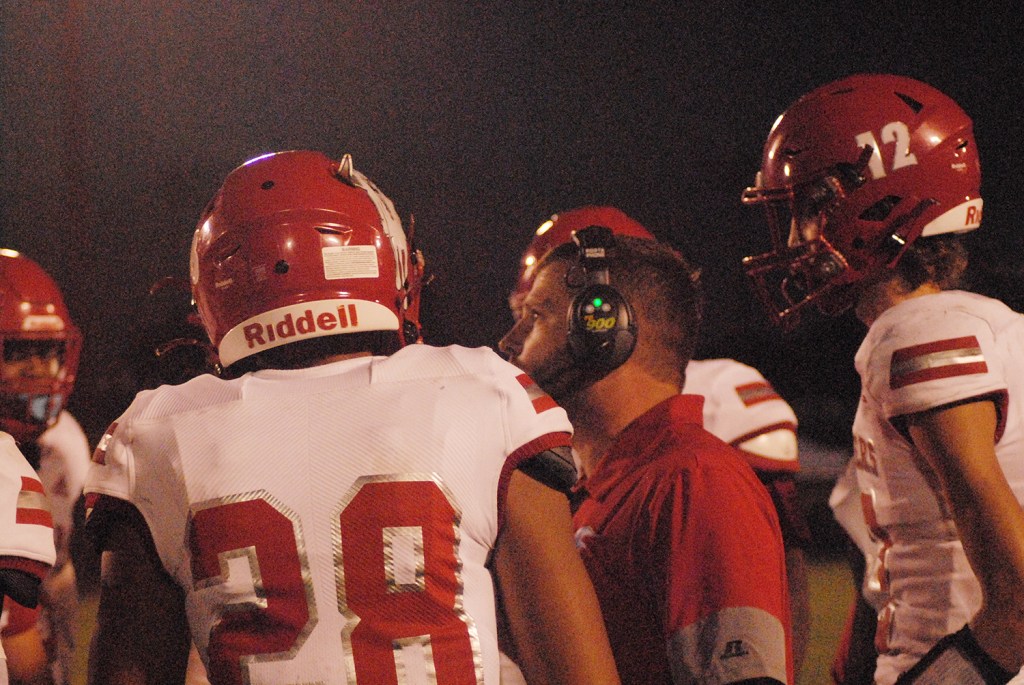 DAILY NEWS PHOTO/Chris Kinkaid Pine coach Bradley Seal talks to his team during a time out at a game this season. Seal will coach in his 100th career game on Friday at Northlake Christian School.

Pine’s Adrianuen Johnson had a great day in the Raiders’ 35-25 win over Pearl River on the road Friday.

Johnson ran for 137 yards on 26 carries with three touchdowns.

Luke Spears threw for 141 yards and a touchdown.

“It was a total team win,” Pine coach Bradley Seal said. “I thought the defense played really well in the second half. We only gave up one score, but we have to stay focused because we have another big game this week against Northlake.”

The contest will be Seal’s 100th career game as a head coach — all at Pine.

“When you kind of look back over the last 10 years, we’ve done a lot of good things, a lot of things for the first time that Pine has done, but you look at the assistant coaches and players that have gotten the program where it is today,” Seal said.

Northlake Christian School comes into this week with an 0-2 record after a 26-14 loss to Varnado.

“Northlake is always a team that plays really hard,” Seal said. “They’re fundamentally sound. We’ve got to play well in all three phases of the game.”

These teams have played every year since at least 2009.