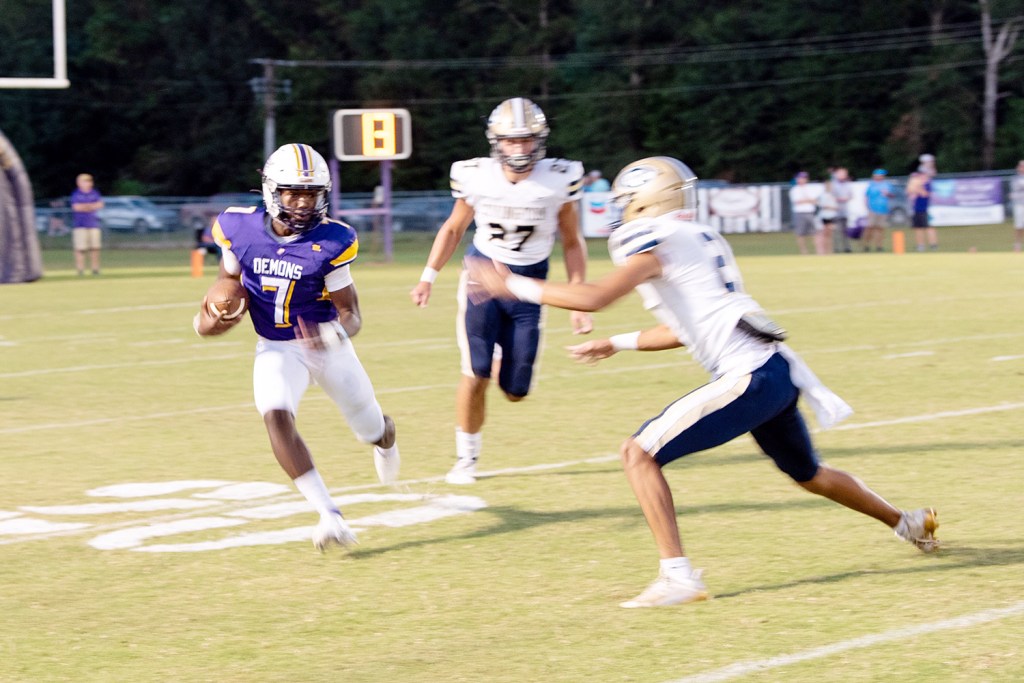 Franklinton’s Demons come into this week attempting to record their first win of the season, as they are hosting Fontainebleau on Friday night.

Zion Anders threw for 212 yards and two touchdowns on 10-of-22 passing. He also ran seven times for 32 yards and a score.

Glen Mark made seven catches for 134 yards and a touchdown to lead the receivers.

Kelly Daniels caught two passes for 62 yards and a touchdown.

Daniel Bryant made one catch for 16 yards.

Fontainebleau is  playing its first game of the season with the first two games getting canceled because of Hurricane Ida.

These teams were scheduled to play each other last year, but did not because of the season starting late.

They did play two years ago with Franklinton winning, 41-35.