Bogalusa heads to Salmen on Friday 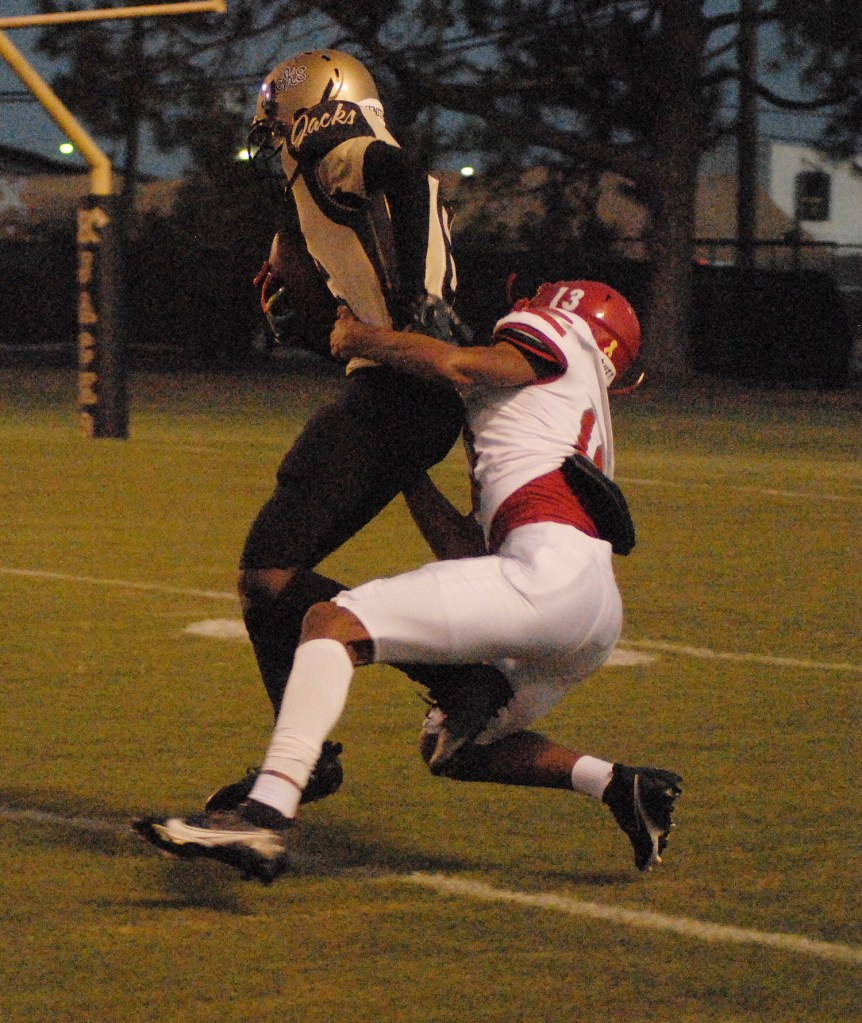 DAILY NEWS PHOTO/Chris Kinkaid Bogalusa’s Aquinas Roberts makes a catch and brings the ball to the 1, setting up a Lumberjacks’ touchdown in Friday’s game.

Bogalusa’s Lumberjacks will take to the road on Friday and will go against Salmen, looking to reach the 3-0 mark.

“They look real good on film,” Bogalusa coach Cyril Crutchfield said. “They’re physical, they can run and we’re going to have our work cut out for us.”

When asked about the 2-0 start, Crutchfield said they have a long way to go.

“We’ve got two wins, but our approach is to take one game at a time,” Crutchfield said. “Our focus is on game three. We don’t really look at our record right now, just the individual game and that’s where we’re concentrating.”

In last week’s game, Ashton Levi threw three touchdown passes and he ran for one.

Talik Williams ran for two scores and had a touchdown catch.

Salmen played its opener last week and was defeated by Northshore, 41-34.