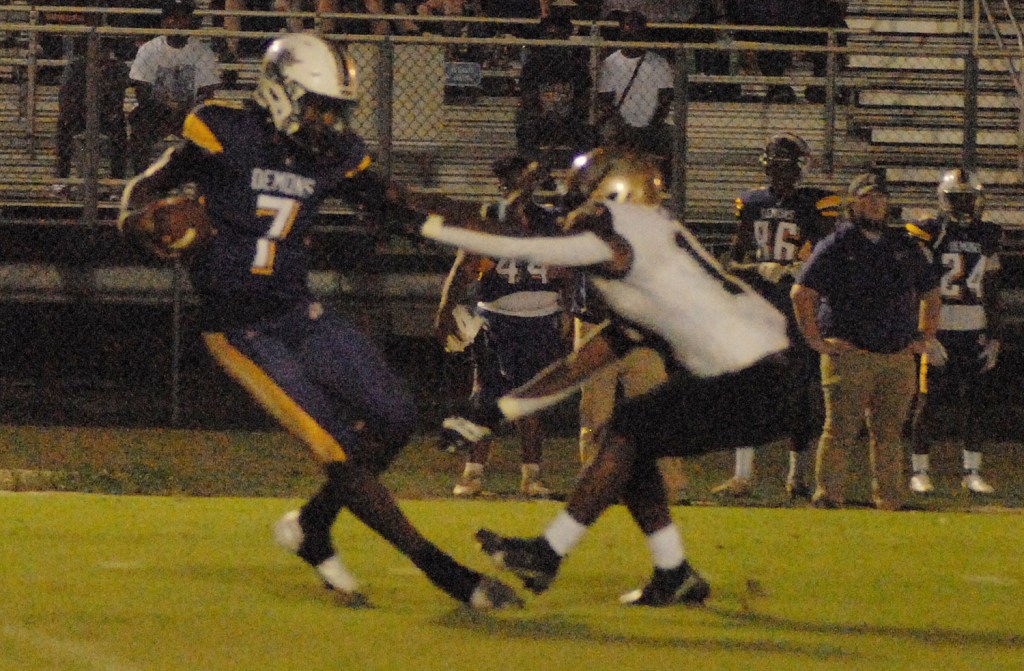 Franklinton’s Demons are home on Friday, playing against Covington.

The game was originally scheduled to be played at Strawberry Stadium, but was moved to Franklinton because of damage to Southeastern Louisiana University’s campus from Hurricane Ida.

The Demons come into this week after coming up short to Bogalusa, 48-42, in the opener last week.

Last week, Keyon Nelson had a big game for Franklinton, going for 184 yards and a touchdown on the ground.

Zion Anders threw for 102 yards and a touchdown and ran for 74 yards and three scores.

Glen Mark led the receivers with five catches for 64 yards and a touchdown.

Covington enters this week with a 1-0 record and has won the last five meetings between the two teams.

Covington defeated Franklinton in that game, 40-17.