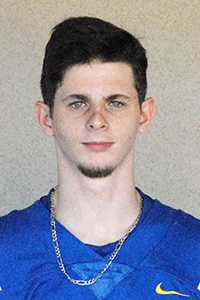 Caleb Mathews led the running game with 15 carries for 101 yards and a touchdown.

Holston and Joseph Williams both caught a pass for 12 yards.

Michael Easterling led the defense with 7.5 tackles, with five of them solos.

Martin Mizell recorded six tackles and he forced and recovered a fumble.