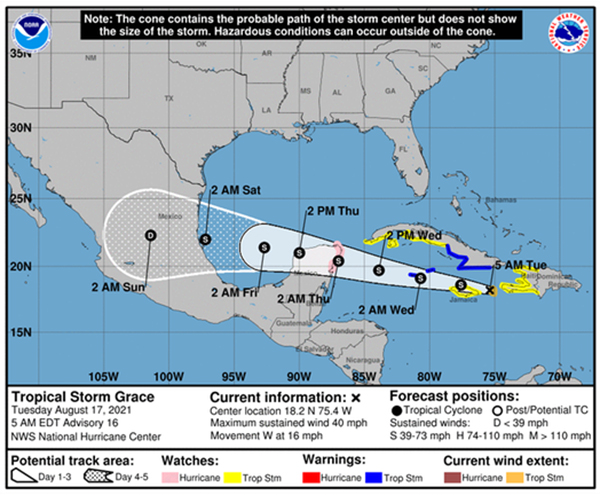 According to information from the Weather Forecast Office in New Orleans/Baton Rouge, the storm’s projected path has taken a southward shift. It is now forecast to cross Mexico’s Yucatan peninsula on Thursday, and then the central part of mainland Mexico over the weekend. Its current projected path has the storm remaining mostly south of the continental United States.

Officials said that the storm was moving toward Jamaica, as of Tuesday morning. It is expected to continue in a west-northwest direction for the next five days, and will move through the southern Gulf of Mexico on Thursday through Friday.

No direct impacts to Louisiana are currently expected, officials said.