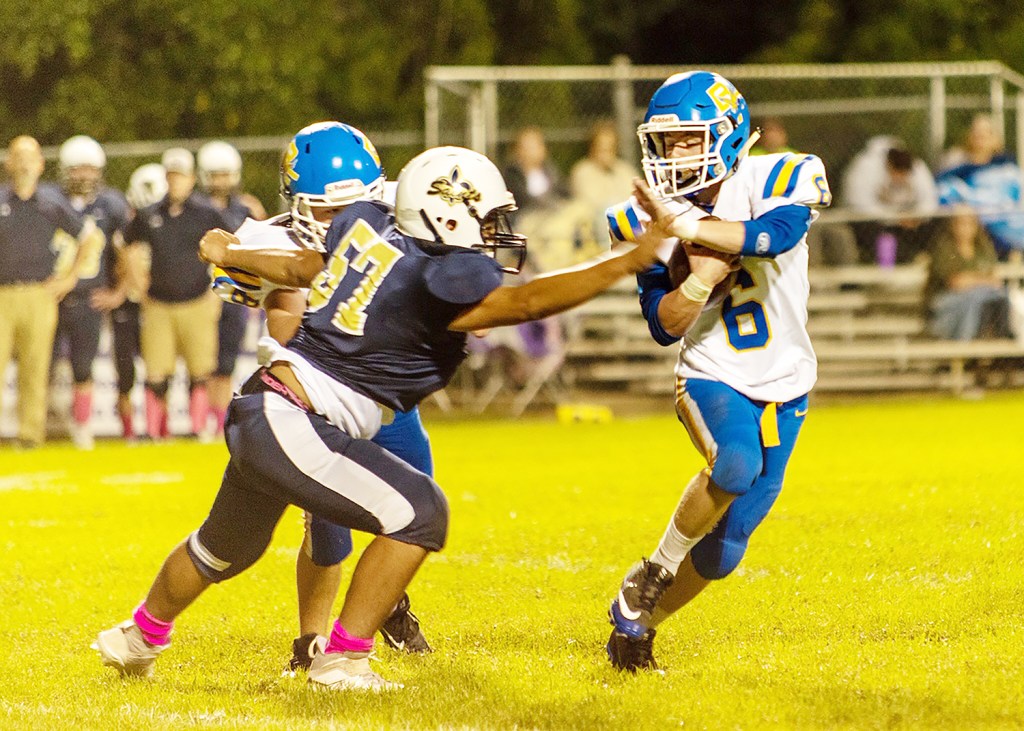 Ben’s Ford Christian School Eagles went 1-1 in their jamboree that was held on Friday at home.

The Eagles opened the jamboree with a 12-6 victory over Prentiss Christian School before they were defeated in the second game, 12-0, by Wilkinson County Christian Academy.

“I think the offense looked good,” Ben’s Ford Christian School coach Destin Pittman said. “We didn’t get to run many plays the way the format played out. We didn’t get a whole lot of reps on offense, but they produced when they were out there. Defensively, I felt like we flew around to the ball well, we tackled as a team, but we just gave up a couple of big plays that cost us some touchdowns.”

Trey Hartzog and Caleb Mathews both had rushing touchdowns. Hartzog scored on about a 15-yard run, while Mathews’ was from about 10 yards out.

Brantley Dyess, Alex Stogner and James Blackwell combined for about four sacks defensively for the Eagles.

Games were a period of 20 minutes with a running clock until the final two minutes when regular clock rules went into effect.

Manchester has won the state title the last two years and reached the finals the last three.

“This is a team that all of my kids have been looking forward to playing since last year and now we get to take on that challenge. It’s exciting, but we’ve gotta put a lot of work in to come out and click on all cylinders to play against this opponent,” Pittman said.