BHS’s Keating headed to the next level 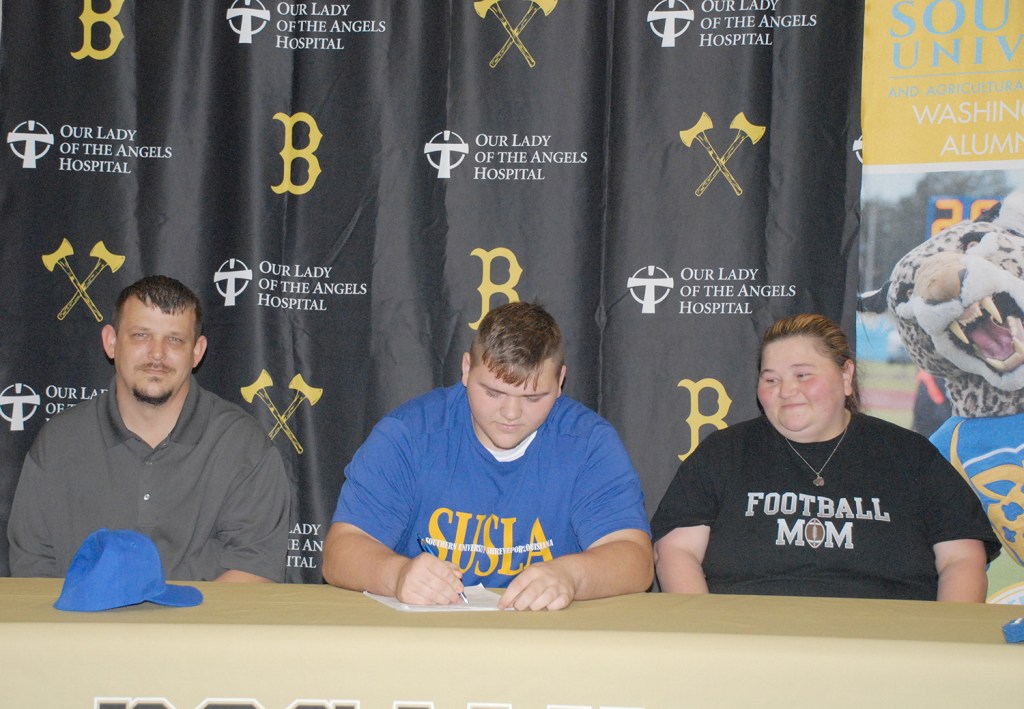 DAILY NEWS PHOTO/Chris Kinkaid Bogalusa’s Derek Keating signed a letter of intent to attend Southern University of Shreveport Louisiana and to play football for the Jags. He is seated and flanked by his parents Joshua Keating (father) and Robin Keating (mother).

Bogalusa’s Derek Keating has signed a letter of intent to attend Southern University of Shreveport Louisiana and to play football for the Jags.

“I’m very excited,” Keating said. “The coaching staff is very good up here. (Head) Coach (Christopher) Hargrove, he’s a good coach. All of the coaches are trying to get the facilities started up from the bottom. My teammates are encouraging. It’s a good school.”

Southern University of Shreveport Louisiana football is in its second season of football.

Keating, who is an offensive lineman, talked about what it is like to go to a football team that is pretty much brand new.

“Like our head coach said, this team here can make or break the program,” Keating said. “It’s amazing to be in a college that’s just starting up a football program. We’re the only junior college in Louisiana with a football program.”

Keating said his strengths are being there for his teammates and working as a team.

“He’s one of the most hard working, dedicated, well mannered young men I’ve ever had the privilege of coaching in my 17 years,” said Adam Brumfield. “He is the epitome of what a football player should be. There is no doubt that he will be successful in whatever he does. The world needs more Dereks and that’s not coach talk that’s real talk.”

Keating was an all-district offensive lineman his last three years of high school. He was second team his sophomore and junior seasons and first team last year.

Keating plans on majoring in general studies. After junior college, Keating wants to go to a Division I school and major in history or psychology. Keating said if he doesn’t make it to the pros, he wants to be a history teacher and work on his coaching degree.