Franklinton’s Fussell is District 9-4A MVP 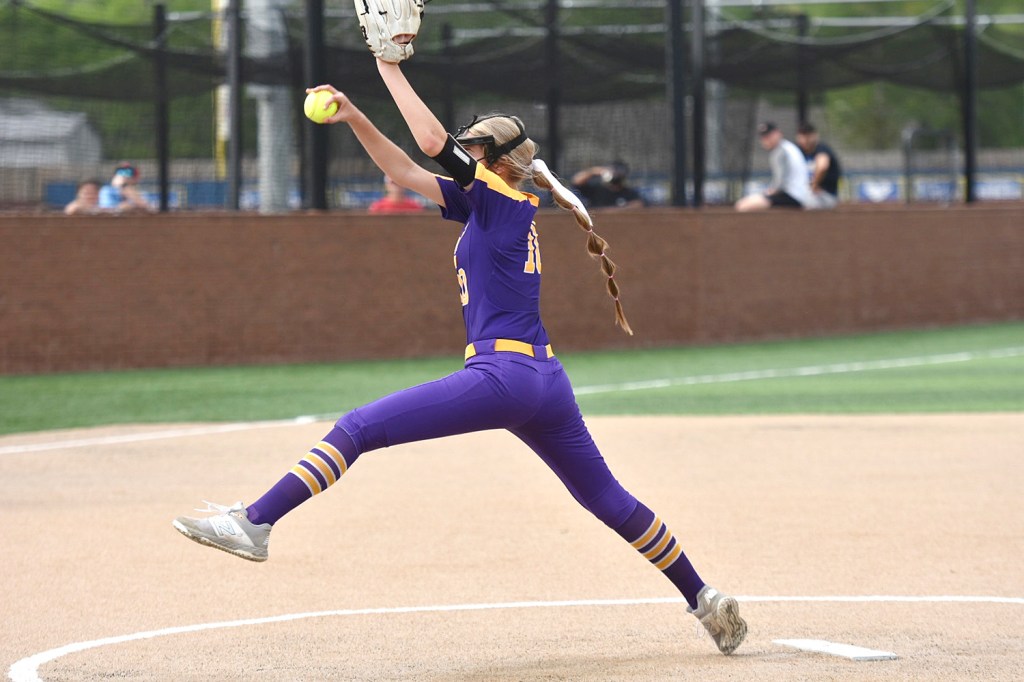 COURTEESY PHOTO/Patsy Welch Franklinton’a Aleigha Fussell throws a pitch in a game this season. Fussell is the District 9-4A Most Valuable Player.

Franklinton’s Aleigha Fussell is the District 9-4A Most Valuable Player and the Lady Demons were well-represented on the top team.

During the district season, Fussell went 6-0 with a 0.97 earned run average and a 1.00 WHIP (walks + hits per innings pitched). Fussell struck out 41 hitters and walked eight over 36 innings in her seven games that were all starts.

Brooks batted .375 with a .500 on base percentage and .500 slugging percentage. Brooks doubled three times, drove in nine runs and scored seven runs.

Schexnider posted a .500 batting average with a .581 on base percentage and a .615 slugging. Schexnider had eight RBIs, three doubles and 13 runs scored.

Varnado batted .304 in district with a .429 on base percentage and a .391 slugging percentage. Varnado drove in three runs, doubled twice and scored nine runs.

Branch posted a .348 batting average with a .448 on base and .565 slugging. Branch drove in 10 runs, doubled three times, tripled once and tallied eight runs.

This season, Franklinton won the district title after going 8-0 in league play. This was the second-straight year the Lady Demons were involved in a league championship. In 2019, the team was co-champion with Lakeshore

The Lady Demons went to the playoffs as the sixth-seeded team. Franklinton reached the regional round, but came up short to No. 11 and quarterfinalist Lakeshore, 4-2.