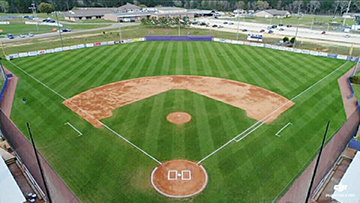 COURTESY PHOTO Pictured is Franklinton’s baseball field. Franklinton is one of the sites for the Marucci World Series.

Franklinton High School is hosting part of the Marucci World Series that will take place July 24-28.

Three games are being held on Monday starting at 10 a.m.

The first game is the 14U Marucci Elite Texas Venable and 14U Scorpions Marucci.

There is no admission to attend games at Franklinton.

The event features 116 teams between 13U and 17U playing across the state.