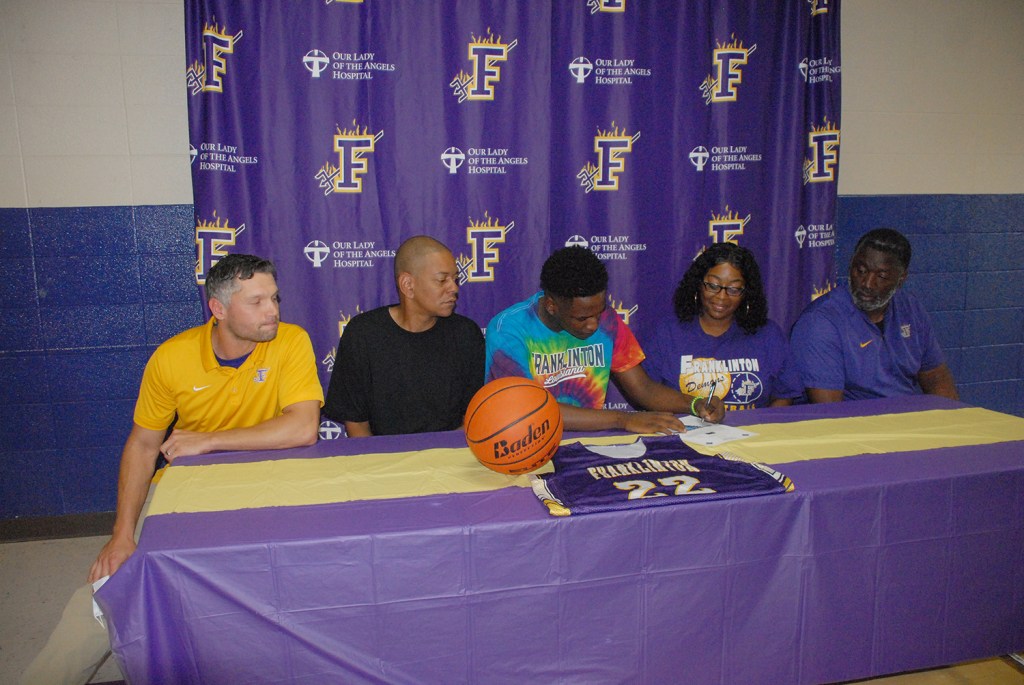 Franklinton’s Albert Browhaw signed a letter of intent to attend CMP Prep Academy in Lafayette and to play basketball for the Drillers.

“I chose them because they have better opportunities to improve my basketball and my education. They have some of the best coaches in the state that have improved players all-around the country,” Brohaw said.

Brohaw said he is excited about his decision.

“I’m very excited because I get to start a new journey in my life, better myself and have better opportunities,” Browhaw said.

Browhaw was a first-team all-district player as a freshman, sophomore and senior.

Browhaw said his strengths on the court are picking up what the coach says quickly and his mindset.

“I take what my coach says and translate on the court,” Browhaw said. “My mentality and my mindset are strong. I don’t get rattled.”

Browhaw averaged nearly a double-double this season. He averaged 14 points and eight rebounds to go with three assists and two steals.

“Albert is the most coachable player I have ever had. His basketball IQ and love of the game make him a very good player,” Franklinton coach Brad Oestriecher said.

Browhaw plans on majoring in business and hopes to make it to the NBA.