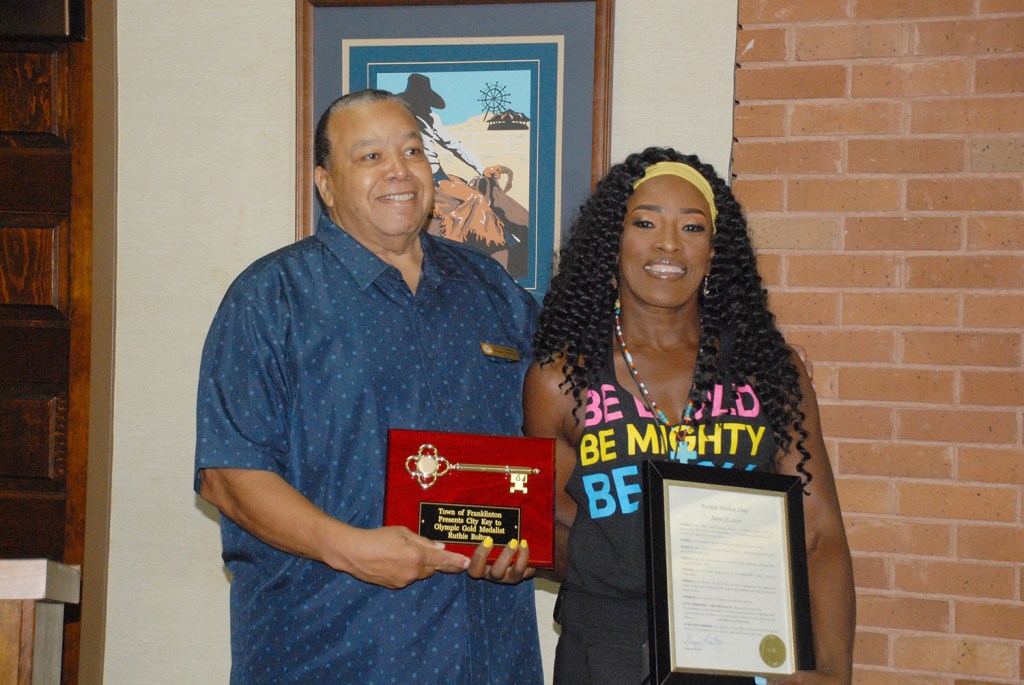 Two-time Olympic gold medalist Ruthie Bolton was presented with a Key to the City of Franklinton on June 17 by Mayor Greg Route Sr. before having a book signing and having a basketball camp on June 17-18.

“It was an honor,” Bolton said about getting a Key to the City on June 17. “To get a key to a city where I spent a lot of time when I was young and where my career started, things come full circle. I was humbled at this and was thankful they thought enough about my endeavor to give me a key to the city. You also have to know what that means and that’s what I was hoping to do with the camp, edify the children, edify the women and edify the community.”

Bolton’s father Linwood Bolton Sr. grew up in Bogalusa and pastored one church in Franklinton and another in Angie.

Bolton grew up in Mississippi and spent time in Franklinton when she was young.

Following the presentation and a Q&A, Bolton did a signing for her book “From Pain to Power” and her journal, ‘The Ride of a Lifetime.”

She then hosted her clinic, Rebuilding Lives through Sports Basketball Camp, which was held on June 17-18 at Greater Hayes Creek Church.

The event had about 77 campers over the two days.

Bolton said they did a lot of stamina and agility.

“That builds mental toughness,” Bolton said. “One of my favorite drills I do is called quickfeet. It’s very taxing physically. It’s about pushing through that wall and trying to break through. You’ll never know what’s on the other side of that wall if you don’t break through the wall. I used my story to teach them about breaking through because we get that wall of pain and you go the other way. If you turn around and go back every time you get to that wall, you’ll never know what’s on the other side.”

The campers were also taught dribbling, shooting, rebounding and boxing out.

Bolton got a scholarship, but was told she wouldn’t play until her junior or senior year. She ended up starting in the middle of her freshman year all of the way through.

The camp also featured Andy Stoglin. Some of Stoglin’s accomplishments are that he has been part of four Final Fours coming with Kansas, UCLA, Villanova and Western Kentucky and he was part of a national championship with UCLA. He guided an ABA team to the 2002-03 playoffs with an 22-4 record and was an FIBA American Cup head coach with the team going 45-2. He played with the Harlem Globetrotters.

Bolton thanked Jerome Warren, who is the pastor of Greater Hayes Creek Church, and her sister Mary Bolton for seeing the vision in this endeavor.

“This wouldn’t have happened without their efforts,” Ruthie Bolton said.

Ruthie Bolton hopes to continue to partner with the community to rebuild lives through sports. She hopes that every camper in the world, they may just be one person, but to one person they could be the world.

Bolton used the camp as a platform to help change the mindset of some young people who may doubt themselves.

“They can accomplish anything they want. How their mindset can shift their whole attitude through life,” Bolton said.

Bolton credited the Army National Guard. She said they were a huge part of the camp and they created an obstacle course.

Riverside Medical Center was there offering COVID-19 vaccines and anything else they could help with. Southeast Medical from Independence was at the camp and the 4-H Club was also there.

Also, a representative with Youth Farmers out of Mississippi was at the camp. 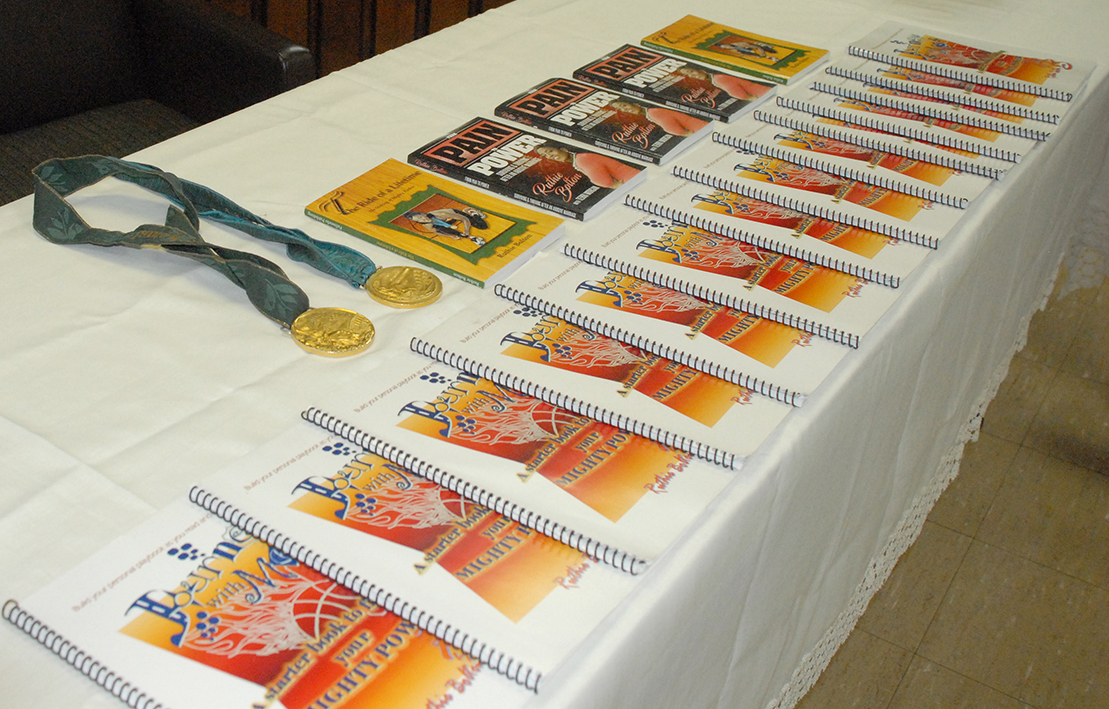 DAILY NEWS PHOTO/Chris Kinkaid
Pictured are Bolton’s gold medals and copies of her book and journal. Bolton held a book signing after the ceremony. 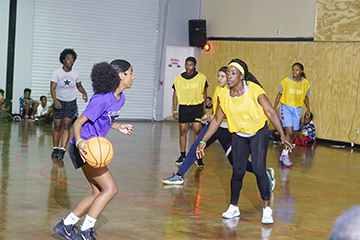 COURTESY PHOTO/RCPHOTOGRAPHICS
Two-time Olympic gold medalist Ruthie Bolton defends a player during a game at her camp that was held on June 17-18.