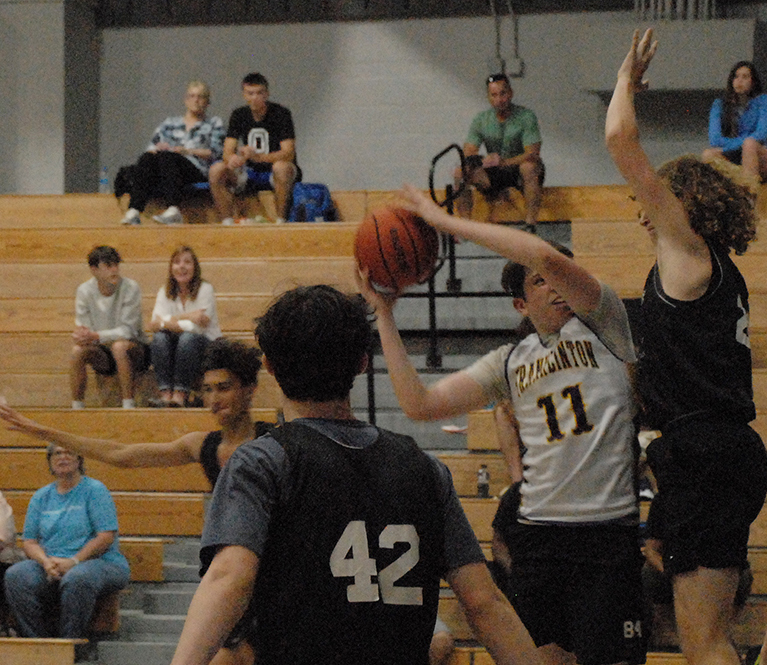 DAILY NEWS PHOTO/Chris Kinkaid Franklinton’s Wyatt Lambert gets inside during a game this summer.

There are many ways to prepare for an upcoming season.

For three Washington Parish basketball teams, they did so in league play throughout the month of June.

Bogalusa’s girls team and Franklinton’s boys team played in league full time, while Pine’s boys squad played in a league for a week.

Franklinton and Pine played in the Lakeshore Summer League, while Bogalusa played in a summer league at Salmen. Both leagues concluded this week.

The league gave the teams an opportunity to compete against many different opponents, while allowing players to get reps in games.

All three teams have done a mixture of practice and games.

The Salmen league played games on Mondays and Wednesdays, while the Lakeshore Summer League was held on Tuesdays and Thursdays.

“I think it’s going to be very helpful as far as our upcoming season goes,” Bogalusa coach Carnell Owens said. “I think these girls need more experience as far as playing in basketball games. Playing in the summer league helps prepare you for what you’re going to face in the upcoming season. Playing against 4 and 5A schools and against great competition, hopefully that experience transfers over into the season.”

Owens will be going into his second year as the Lady Jacks head coach.

Bogalusa will be working out with Andrew Moses from Lionhead Fitness this month.

“It helped us improve tremendously, especially for guys who don’t have much experience. An example is Billy Gross. He had zero career points before summer league started, but after summer league, he had two games over 20 points,” Oestriecher said.

Besides the games, Franklinton also practices on Mondays and lifts weights on Mondays, Wednesdays and Thursdays.

July will feature some practice and they may play in some non-league games.

Pine played for two days in the Lakeshore Summer League and they practiced three or four days a week. They will continue practicing three or four times per week in July.

“We just filled in one week, but I talked to the coach and we’re going to try and get in full time next year. It’s definitely a good learning experience for the boys getting those reps,” Pine coach Brett Cooper said. “It was a good checkpoint to see where we are at this time during the summer and what we have to work on for the rest of the summer. We’re pretty young and that was a good experience for them.”