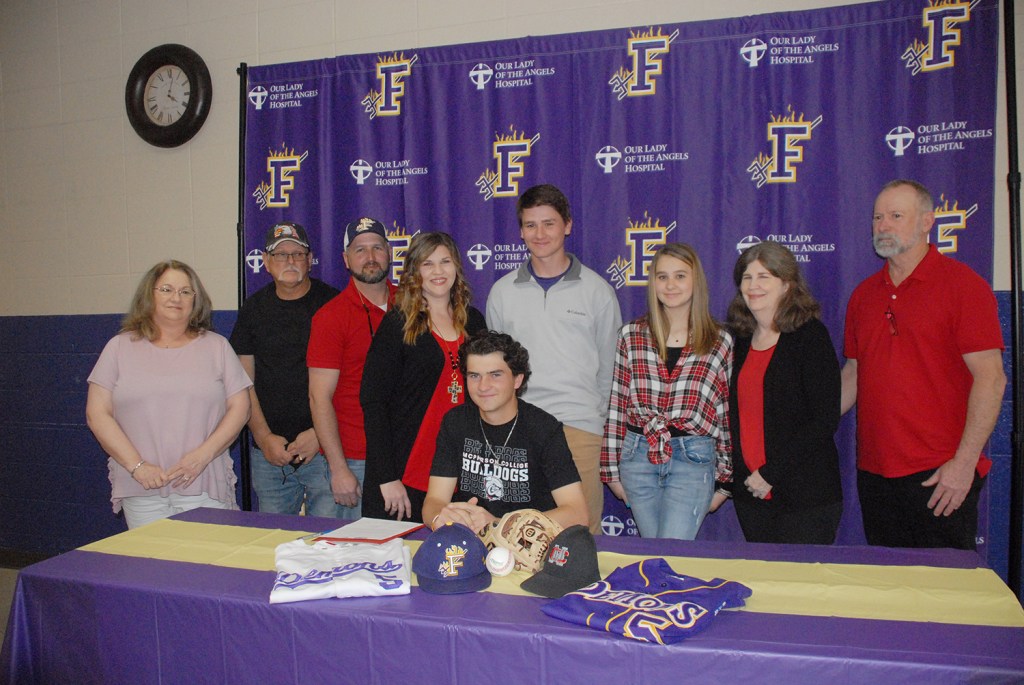 Franklinton’s Chase Penton signed a letter of intent to attend McPherson College in McPherson, Kan., and play baseball for the Bulldogs.

“The coaches were really helpful,” Penton said. “I loved the school and loved the campus. It was really the atmosphere that got me. The atmosphere was a lot like Franklinton, a really close knit team.”

Penton proved to be a versatile player.

“Chase was an integral part to our success this season. He played eight positions for us this year and had a great year hitting in the lead off spot. I am looking forward to seeing him excel at the next level,” Franklinton coach Jeff Tageant said.

The only positions Penton did not play were left field and designated hitter.

Penton said his strength on the field is hitting.

“I ended up with 40 hits this year. I was chasing the school record. (Josh Magee’s) record is 45 in one season. I was six away from breaking it,” Penton said.

This year, Penton was a first-team all-district player in 9-4A at utility and he made the Louisiana Baseball Coaches Association All-Region 10 Team.

This season, Penton hit .385 with 11 runs batted with nine doubles and 40 runs scored.

Penton had a 3.75 grade point average.

Penton will major in health science and wants to be a physical therapist.