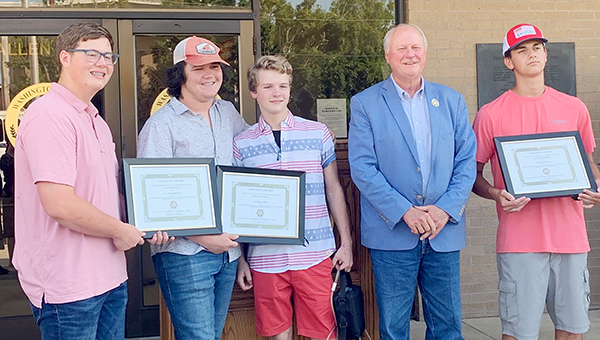 Haley said that the May 15 incident occurred as the three young life savers were driving on Hunt Road #1, when another vehicle came toward them at a high rate of speed. The driver of the approaching vehicle, later identified as Christopher Michael Warren, swerved sharply to the right and struck an oncoming dirt bike, which was launched into the air and landed in a ditch, Haley said. Luke Thomas, 15, the operator of the dirt bike, suffered a severe leg injury. 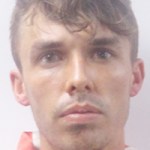 “Recognizing the severity of the injuries to Thomas, the three young men went to his aid and initiated life saving measures which likely saved his life,” Haley said. “The young men continued providing first aid until Northshore EMS and Fire District 7 personnel arrived. Meanwhile, Warren, who initially left the scene and then returned some 15 minutes later, was asking the young men to lie to law enforcement about the incident.”

Warren, 25, who had a suspended driver’s license and no insurance, was subsequently arrested and booked into the Washington Parish Jail. He was charged with hit and run, careless operation of a motor vehicle, driving with a suspended license, refusing to submit to a sobriety test and having no vehicle insurance.

Haley said that Warren has previous 2018 and 2019 arrests in Washington Parish on charges of possession of illegal drugs, hit and run, careless operation of a motor vehicle, driving under suspension, no vehicle insurance and failure to appear in court.

“Had these three brave young men not taken immediate lifesaving steps, Luke Thomas likely might not have survived his injuries,” Seal said. “Michael Taylor, Gavin Brumfield and Jaxen Ard are wonderful examples of good citizenship and are a credit to Washington Parish. I am so grateful for the opportunity to award them this well-deserved recognition of their heroic actions on May 15.”