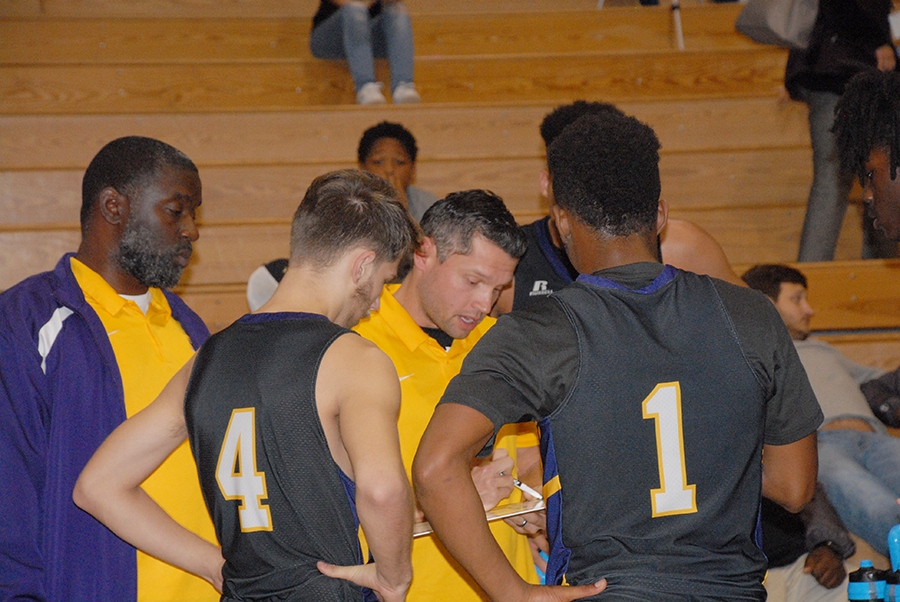 DAILY NEWS FILE PHOTO/Chris Kinkaid Franklinton coach Brad Oestriecher talks to his team during a game three years ago. Franklinton and Pine are playing in the Lakeshore Summer Basketball League.

The Lakeshore Summer Basketball League 2021 will get under way on Tuesday.

The league features two teams from Washington Parish in Franklinton and Pine.

Games will be played at Lakeshore and Fontainebleau and are being held on each Tuesday and Thursday through June 29.

Games will tip off every scheduled day, starting at either 2 p.m. or 3 p.m. each day, and the final contest of the day will start at either 8 p.m. or 9 p.m.

The league will feature a pair of 20-minute halves with a running clock until the final minute, when the clock will stop for each whistle.

Each team will get three timeouts per game.

On June 15, Pine will face Springfield and Pope John Paul II at 7 p.m. and 9 p.m., respectively, at Lakeshore.

Pine will then play Northlake Christian School and Mandeville at 5 p.m. and 7 p.m. at Lakeshore two days later.