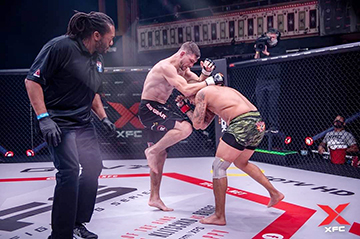 Franklinton’s Aleigha Fussell has signed a letter of intent to attend Baton Rouge Community College and play softball for the Lady Bears.

“I made the decision to choose Baton Rouge Community College because everyone I have talked to has said nothing but great things about BRCC,” Fussell said. “Everyone especially says great things about the coaches and how great they are.”

Fussell said she is very excited about playing at the next level with the Lady Bears.

“What makes me the most excited is to make new friends from different places,” Fussell said. “But I also can’t wait to continue my softball journey with my friend and teammate, Brylie Fowler.”

Franklinton coach Leslie McGhee said Fussell’s work ethic and strong character are two assets that have led her to this opportunity.

“Aleigha has been an invaluable member of the Lady Demon Softball team, pitching 95 percent of the games in her four-year career,” Franklinton coach Leslie McGhee said. “(She threw) 8,763 in 547 innings with 65 wins under her belt and just recently struck out her 400th batter. Her versatility, confidence and coach-ability are precious assets that I am sure will be welcomed by her coach at the next level.”

This year, Fussell is the District 9-4A Most Valuable Player and a first-team all-district player.

Fussell is a four-year letterman for the Lady Demons.

Fussell said she plans on majoring in elementary education to later become a preK-first grade teacher.