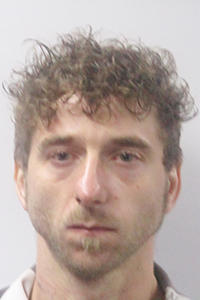 Late Tuesday evening, while on patrol in the Bogue Chitto Heights area west of Franklinton, detectives assigned to the Washington Parish Drug Task Force observed a suspicious male outside of a residence shining a flashlight into parked vehicles, according to Chief Deputy Mike Haley.

Haley said that detectives stopped and encountered the man, at which time they discovered he had various illegal drugs on his person. As detectives were searching him, the male begin to resist and fight with officers before being subdued, Haley said.

Detectives arrested James E. Graves, 29, a resident of North Deforest Drive, and booked him into the Washington Parish Jail on charges of three counts of possession of illegal drugs, assault on an officer and an outstanding warrant for failure to appear in court.

“I’m not certain what Mr. Graves was doing at that time of night,” Washington Parish Sheriff Randy Seal said. “It seems obvious that he was not being a good neighbor. I appreciate our narcotics detectives being alert and possibly preventing a vehicle burglary. The fact that Mr. Graves chose to resist was not a good choice and I am glad he was subdued without injury to anyone.”