Franklinton victorious over Bolton in Class 4A state playoffs 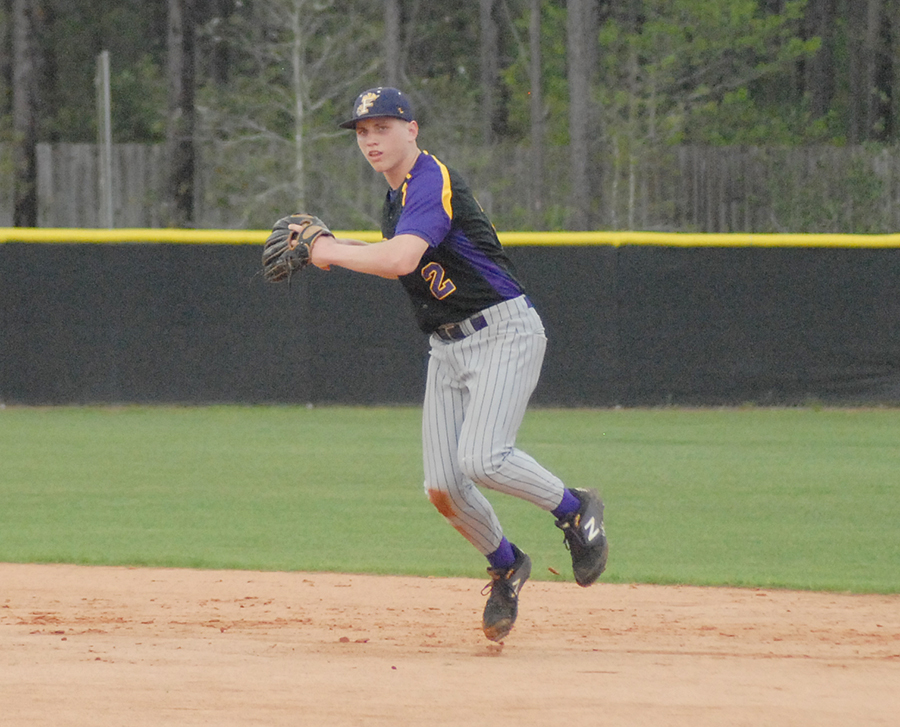 DAILY NEWS PHOTO/Chris Kinkaid Franklinton’s Micah Wascom prepares to make a throw in a game this season. Franklinton played the first game in a best-of-three against Rayne on Friday. Game two, and, if necessary, game three will take place on Saturday, May 1 at Franklinton.

Franklinton opened the Class 4A state playoffs with a 12-2 victory over Bolton in five innings at home on Tuesday.

Will Turner tallied two hits with two runs batted in and a run scored.

Daylin Sigler singled, doubled, drove in a run and scored a run.

Jordan McKenzie and Rickey Burkhalter both singled twice, had an RBI and a run scored.

Micah Wascom and Trayshun Warren both singled, drove in a run and scored a run.

Ricken Burkhalter, Jaheim Jefferson and D.J. Corkern all scored a run and Banyan Penton drove in a run.

McKenzie pitched all five innings, allowing two runs on three hits with 10 strikeouts and no walks.

Franklinton led 3-0 after two innings, but outscored Bolton, 9-2, in fourth and fifth for the “mercy rule” win.

Sixth-seeded Franklinton, which entered the series 23-4, began a three-game series against 11th-seeded Rayne (18-13) on Friday. Game two, and if necessary, game three will take place on Saturday, May 1. Game two will begin at noon. All games are at Franklinton.