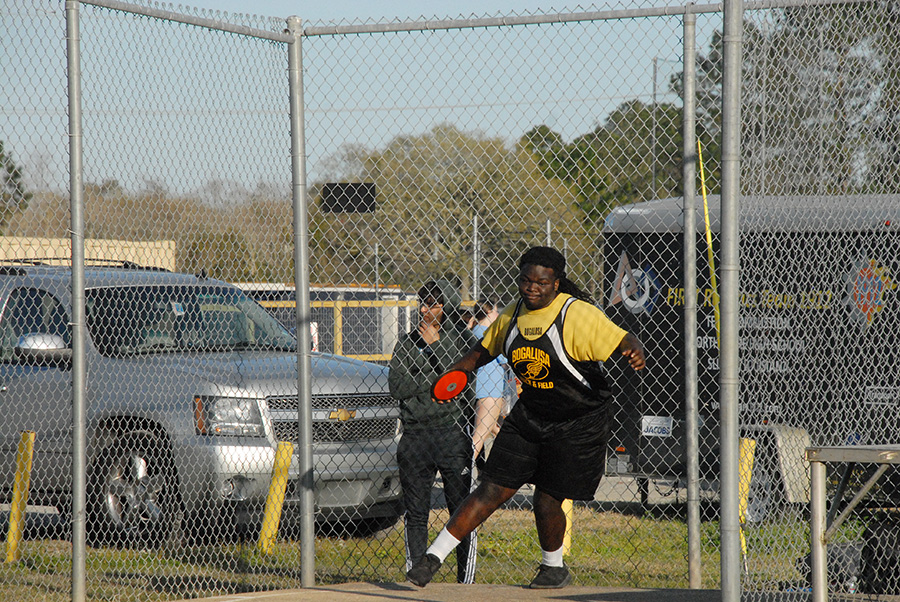 DAILY NEWS PHOTO/Chris Kinkaid Bogalusa’s Kalik Foster throws the discus in a meet this season. Foster won the discus at the District 8-3A Meet that was held on April 20 at Jewel Sumner. Teammate Raheem Roberts won the javelin.

Bogalusa’s Kalik Foster and Raheem Roberts captured events at the District 8-3A Meet and several Lumberjacks made it to regionals on April 20 at Jewel Sumner.

Foster won the discus, while Roberts captured the javelin.

Roberts’ javelin distance was 149-8. Teammate Haikem Thompson was third at 136-7. Archbishop Hannan’s Bryce Gregoire came in second with a throw of 143-5.

The meet was a qualifier. The top four finishers from each event are headed to the 3-3A Regional that will take place today at West Feliciana.

Bogalusa is the only team Washington Parish in District 8-3A.

Foster is also headed to regionals in the shot put with a distance of 34-4.5 for fourth place. Jewel Sumner’s Ethan Landers won with a 39-3.5.

Also for Bogalusa, Jayden Brice was sixth for the discus and seventh for the shot put with distances of 86-5 and 31-8, respectively.

Archbishop Hannan was second with 88, followed by Loranger’s 61, Bogalusa’s 33 and Albany’s 25.