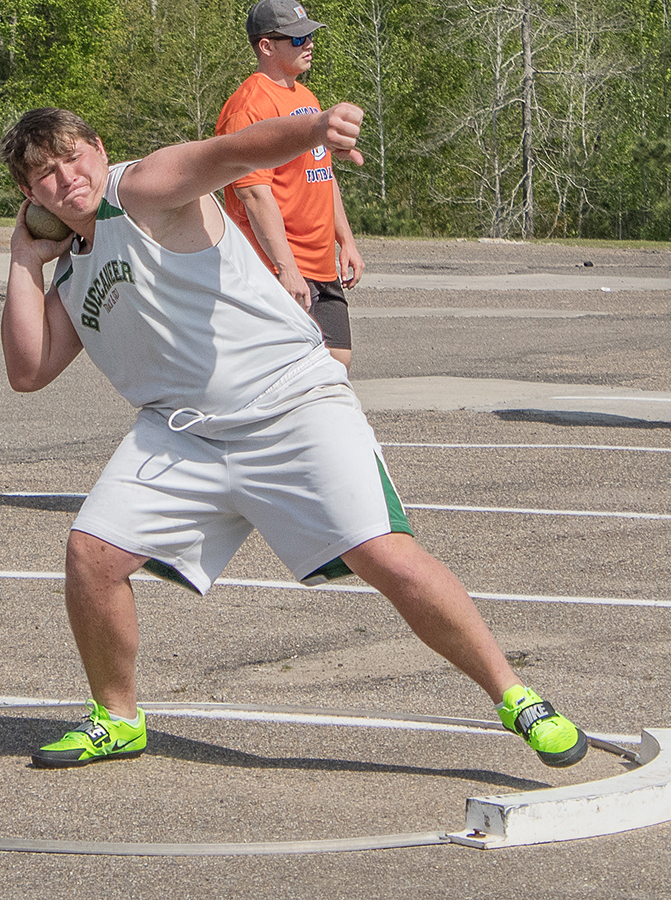 COURTESY PHOTO/Terryl Hicks Bowling Green School’s Aiden Hodges throws the shot put in a meet this year. Hodges won the shot put 41 feet and was second in the discus at 110-5.75 at the District 4AAA Meet on Thursday at Silliman Institute.

Hodges was victorious in the shot put with a distance of 41 feet. Amite School Center’s Dallas Fair was second at 38 feet, 9.5 inches.

Hodges and Mathews also came in second in an event each.

Mathews took second in the 800 meters after clocking in at 2 minutes, 27 seconds. Lamar Christian School’s Peyton James was tops at 2:25.

The top four finishers from each event made it to the South State Meet. The South State is this week at Canton Academy. The field events are today, while the running events will take place on Saturday.

Bowling Green School’s Matthew Hicks and Ben’s Ford Christian School’s Nate Descant both made it to South State by coming in third place.

Pittman was fifth in the 200 and triple jump.

Lamar Christian School won the team title with 71 points in a close competition over Columbia Academy, which tallied 67 with seven teams posting points.

Wayne Academy was third with 50 points, followed by Amite School’s 40 and Ben’s Ford rounded out the top five with 17 points. Bowling Green School was sixth with 13 points.

In the girls, Ben’s Ford Christian School’s Avery Dantin was fifth in the 1,600 with a time of 6:51. Columbia Academy’s Charlee Brees Franks won in 5:51.

Ben’s Ford Christian School teammates Abby Descant and Ashlyn Dantin were ninth and 10th in the long jump with distances of 10-11.5 and 9-1.5. Columbia Academy’s Lizzie Sullivan topped the event at 15-8.5.

Wayne Academy and Columbia Academy tied for best in the team competition with 82 points each, as six teams posted points. 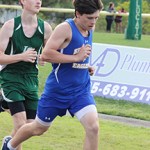