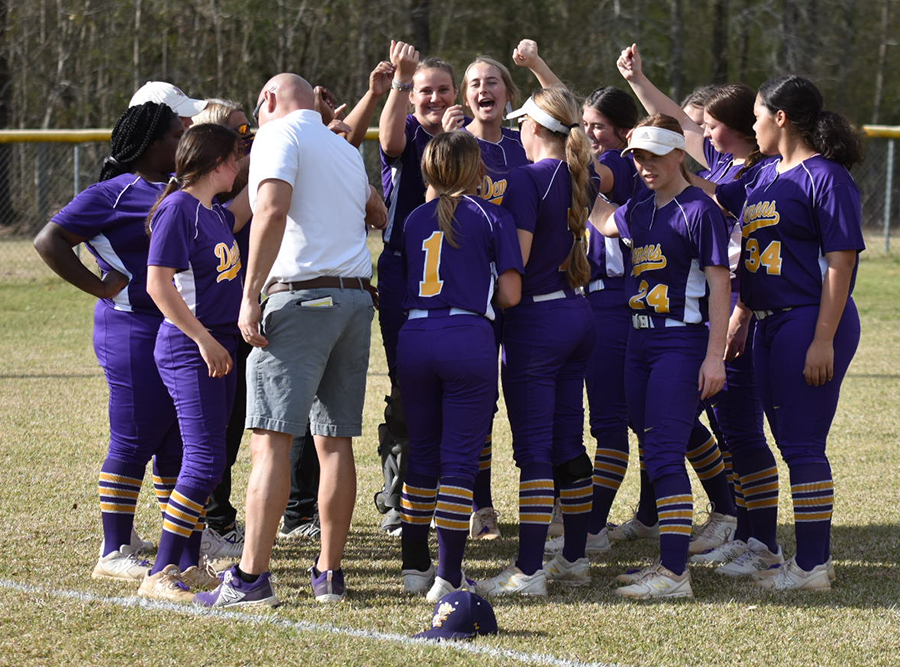 COURTESY PHOTO/Patsy Welch Franklinton’s Lady Demons celebrate a win earlier this season. The Lady Demons won their games against Pine and Hammond in contests held on Friday and Monday.

Franklinton’s Lady Demons defeated Pine and Hammond in games that were held on Friday and Monday.

On Friday, Ashlyn Welch had three hits and four runs batted in, while Aleigha Fussell threw a five-inning shutout in an 11-0 win over Pine during a road game.

Fussell allowed two hits with six strikeouts and no walks.

Khristian Schexnider doubled and tripled, drove in a run and scored two runs.

Albanie Fussell tripled, scored a run and drove in one.

Brylie Fowler and Caylin Turnage both singled, scored a run and drove one home.

On Monday, Fowler drove in five runs, as Franklinton won against Hammond, 16-1, in four innings at home.

Varnado had two hits, two RBIs and a run scored.

Welch went 2-for-2 with a double, three runs scored and an RBI.

Schexnider singled twice with three runs batted in and a run scored.

Brooks singled and scored a run.