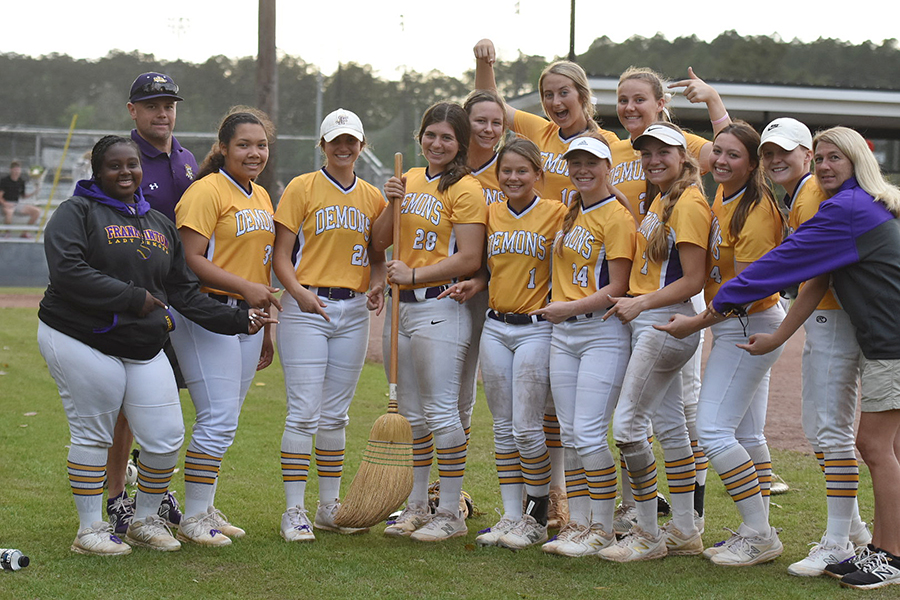 Franklinton’s Lady Demons are the District 9-4A champion.

The Lady Demons swept the district, winning all eight games against the league.

Franklinton capped off its undefeated league play with a 5-4 victory over Pearl River on the road Wednesday.

This is the second-straight season the Lady Demons have been part of a district title.

In 2019, Franklinton was co-district champion with Lakeshore.

The majority of the 2020 season was cancelled because of the pandemic.

In Wednesday’s game, Ashlyn Welch recorded two hits, both doubles, with a run batted in and three runs scored.

Brylie Fowler and Missouri Varnado scored a run each, while Albanie Fussell and Bailey Brooks both drove in a run.