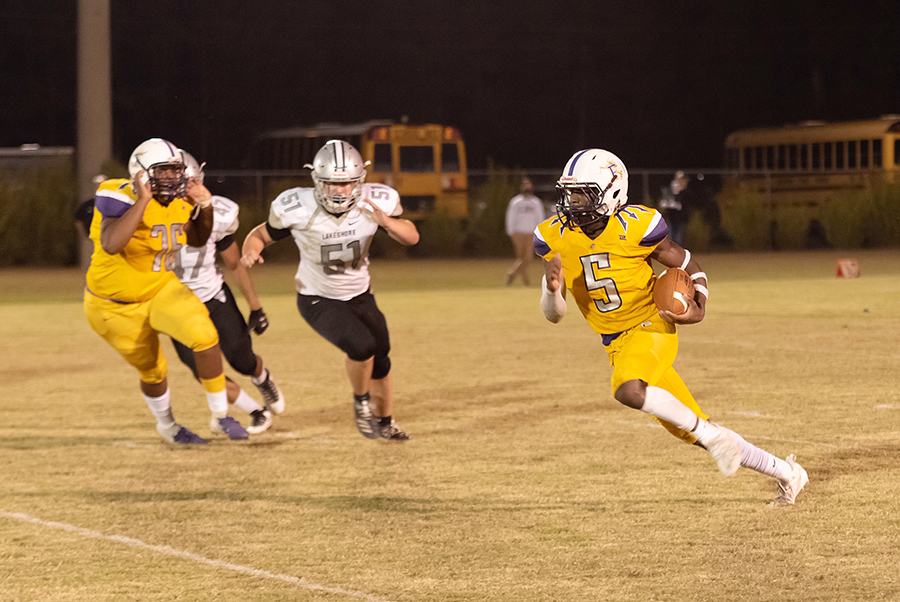 DAILY NEWS PHOTO/John Glover Franklinton’s Corinthious Dickerson runs upfield in a game this past season. He is a first-team all-district running back and one of three Demons achieving top-team honors. The other two are punter Cole Colletti and wide receiver Caleb Brown.

Three Franklinton football players made the top all-district team in 9-4A.

Dickerson made the top team at running back. Colletti is at punter. Brown is at wide receiver.

Causey is at defensive lineman. Waliagha is at linebacker. Wascom is at running back. Ward is at H-back.

Catrett is a kicker and Gross is a defensive lineman.