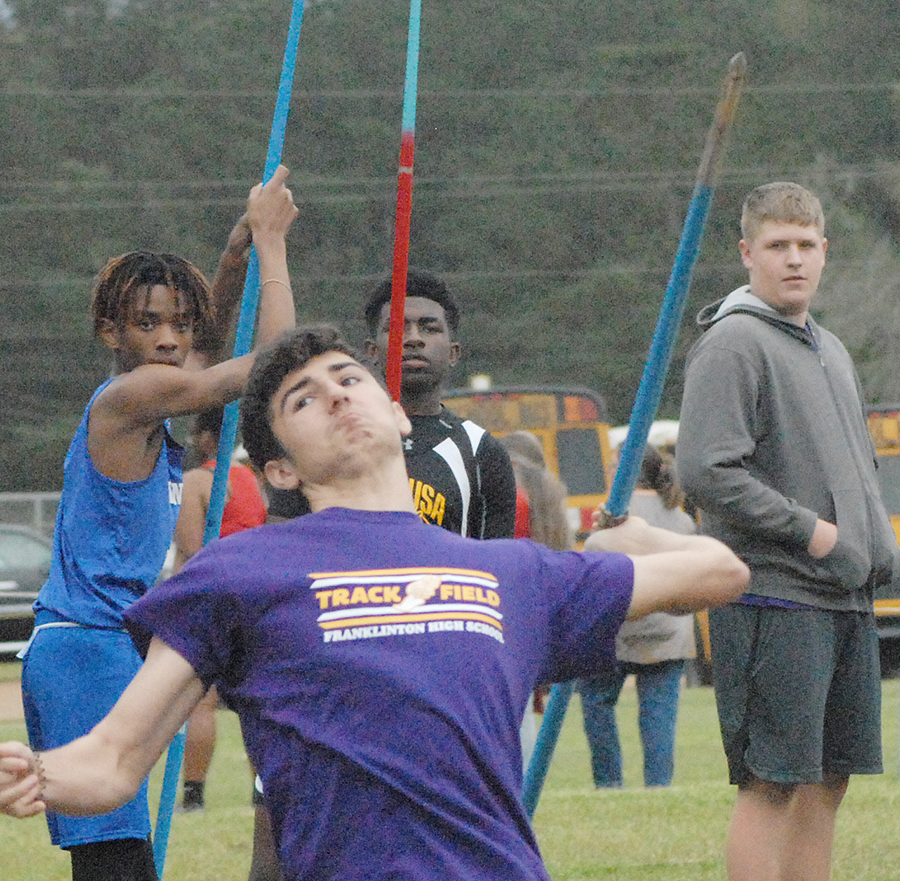 Brown was victorious in the javelin and the long jump.

Athletes from Washington Parish occupied the top three spots in the javelin. Bogalusa’s Haikem Thompson and teammate Raheem Roberts were second and third with distances of 134-2 and 131-9. Keaton Catrett was ninth at 106-10.

Bogalusa and Franklinton were the teams from Washington Parish in the meet.

Franklinton’s Christiun Martin was third in the 300-meter hurdles with a time of 52.2 seconds. Jewel Sumner’s Dominic Haney won the race in 40.35.

Crain was fourth in the 1,600 with a time of 5 minutes, 38 seconds. Teammate Aiden Walker took seventh at 6:34. West Feliciana’s Bryce Jarrell topped the event at 5:05.

McCormick was fourth in the high jump at 5-0. Jewel Sumner’s Colby Sloan cleared the 12-foot bar to win.

Freeman tallied a fourth-place finish in the shot put at 37-5. Bogalusa’s Foster, Franklinton’s James Slade and Bogalusa’s James Brice were ninth through 11th with distances of 33-9, 31-2 and 27-11. West Feliciana’s Adarius Franklin won at 41-3.

Roberts was fourth in the triple jump at 38-8.

Jewel Sumner was second with 152, followed by Kentwood’s 109, South Pike’s 46 and Franklinton rounded out the top five with 41.

Bogalusa was seventh with 22 points.