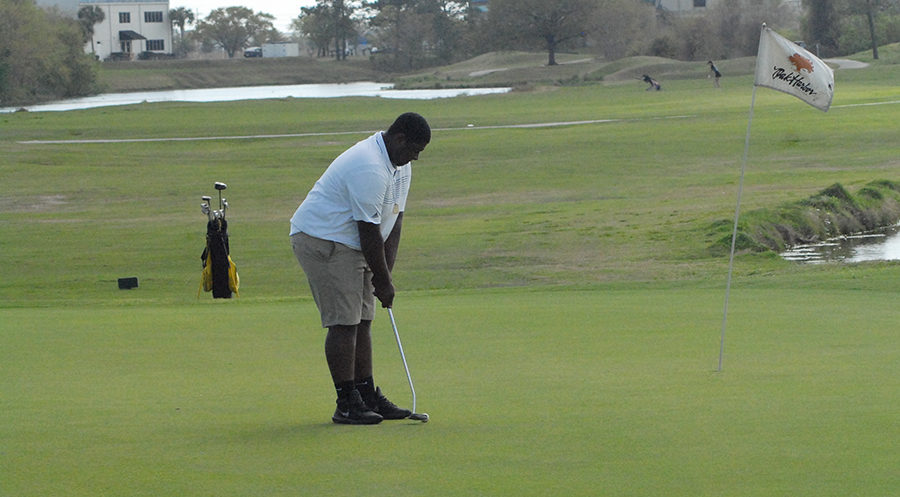 DAILY NEWS PHOTO/Chris Kinkaid Bogalusa’s Desmond Johnson lines up a putt in a competition earlier this year. Johnson came in fifth place in the Northlake Golf League on March 29.

Lakeshore’s Connor Prinzo tallied a 98 to take first in a field of 10.

Salmen’s Kyren Ward was just a stroke behind for second.

Lakeshore’s Jesse Maggio was third at 106 with Salmen’s Sidney Anderson fourth with a 117.

Also locally, Franklinton’s Mason LaSalle had a 120 and Santino Nuzzolillo posted a 127.

In the girls, Pearl River’s Sophie Lee won with a 95, as five golfers competed.

Lakeshore teammates Abby Morris and Avery Finklea were second and third at 130 and 133 respectively.

Lakeshore won both the boys and girls team competition.

The league will return to action on Monday at the Franklinton Country Club.