Franklinton’s McKenzie throws a no hitter on Friday 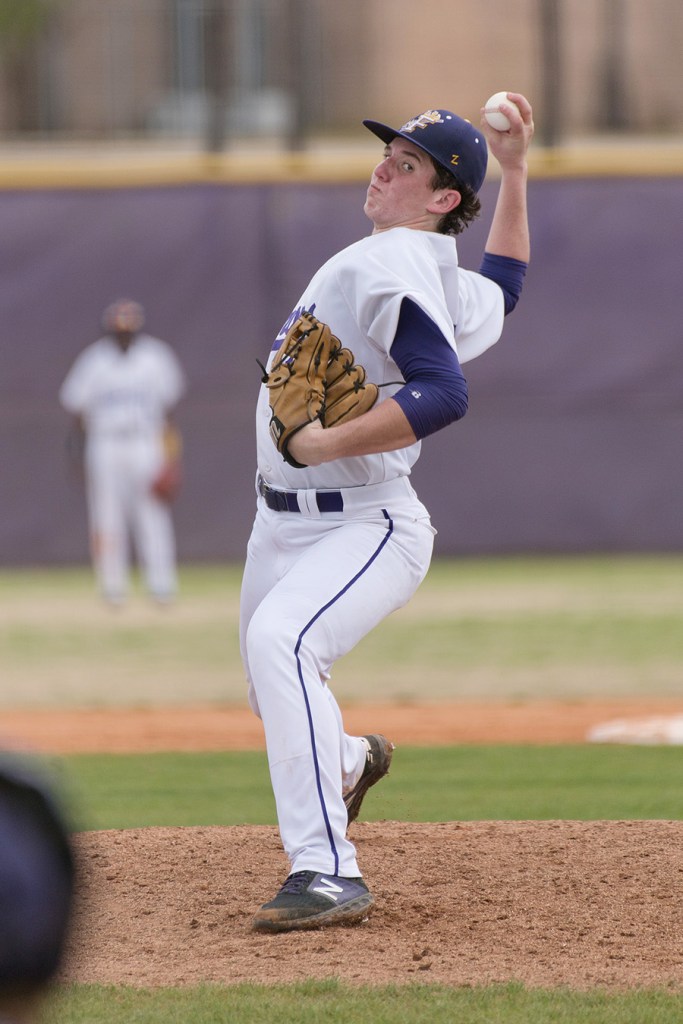 COURTESY PHOTO Franklinton’s Jordan McKenzie throws a pitch in a game. McKenzie thew a no hitter in Friday’s win over Fontainebleau.

Franklinton’s Jordan McKenzie threw a no hitter in a 3-1 victory over Fontainebleau in a game held Friday on the road.

McKenzie went the distance and struck out 15 hitters, while allowing one unearned run and walking four. Offensively, McKenzie singled and scored a run.

Will Turner and Micah Wascom both singled and drove in a run.

Daylin Sigler and Trayshun Warren each scored a run, while Banyan Penton tallied an RBI.

Warren threw a scoreless inning in relief with three strikeouts and a walk.

Isaac Wascom, D.J. Corkern and Rickeen Burkhalter all had one hit.

Kevin Moses and Everette Peters each tallied a hit for Varnado.