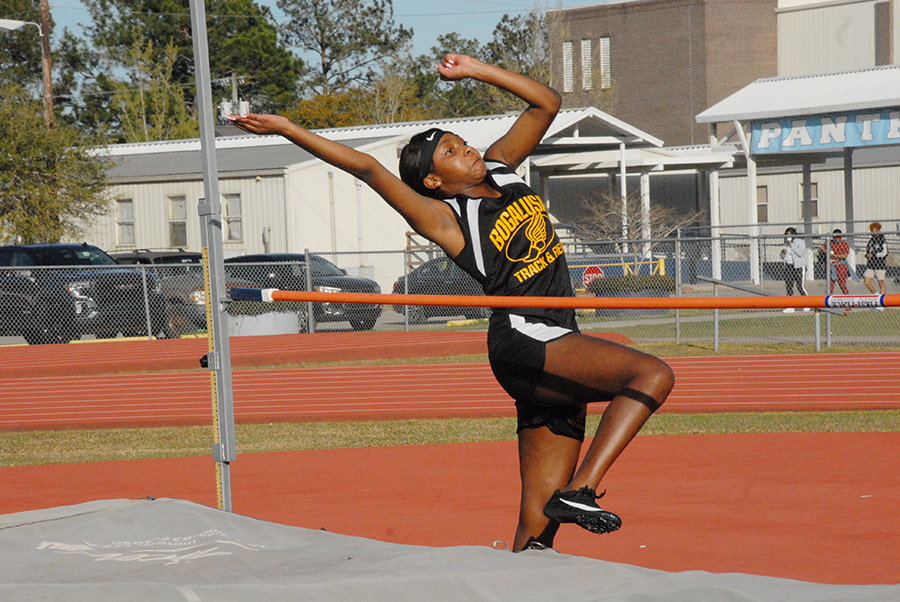 Bogalusa’s Ti’Miya Crumedy was second in the 100-meter hurdles in the Jim Camhout Invitational that was held March 12 at Northshore.

Bogalusa was the only team from Washington Parish in the meet.

Kenniya Burns tied Alida Dufrene for sixth place in the high jump with both clearing the bar at 4 feet, 2 inches. Lakeshore’s Miranda Tillery won at 5-4.

Crumedy came in eighth for the 800 after running it in 2 minutes, 49 seconds. Christ Episcopal School’s Svenya Stoyanoff won in 2:28.

Bogalusa’s 4×200 relay team that featured Holloway, Crumedy, Burns and Ladner were ninth in 2:02. Hahnville won in 1:47.

Holloway tied Slidell’s Sasha Barley for 12th in the long jump with both going for 12-10.5. Northlake Christian School’s DaNina Sorapuru won at 16-7.5.

Northshore won the meet with 146 points with 14 teams tallying points.

Hahnville was second with 122.5, followed by Lakeshore with 69, Slidell’s 64.5 and Northlake Christian School’s 49 rounded out the top five.

Bogalusa and Pope John Paul II tied for 10th with 10.5 points each.