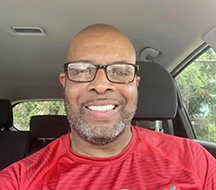 Crutchfield brings plenty of experience and success to the Lumberjacks.

Crutchfield had guided three teams to state championships. The first was with Port Sulphur in 2002 and he won back-to-back titles in 2007 and 2008 with South Plaquemines. Crutchfield has been to five state-title games.

“I’m excited,” Crutchfield said. “I feel rejuvenated. When I look at my career, I’m a county boy. I went to Covington. We played Bogalusa and I remember all of their great athletes like Bruce Plummer, Big Bird, Rogie Magee, who played at LSU, and Orlando Lundy who played at Mississippi State. As I drive past the house I grew up in it’s sad, but exciting. I’m ready to go. I’m ready to get started.”

Crutchfield said he found out and became interested in the job when someone asked him to write a letter of recommendation.

“It’s kind of strange because I was just saying I was going to finish out my years and retire and a fellow coach called me to get a letter of recommendation,” Crutchfield said. “I went to the website to see what jobs were open and I saw Bogalusa. I scrolled past, but then I went back and thought about the great athletes. Every job is not a good job; it’s all about it being the right fit. For what I bring to the table and the opportunity, it’s not a good fit, it’s a great fit. I’ve been excited ever since. It’s a godsend because if I don’t get that call to write a reference — I went from not looking to being eagerly excited.”

On the academic side, Crutchfield will teach weight lifting.

“Proven winner,” Cummings said. “He’s accomplished a lot. He’s a veteran coach. I think he can take our kids to the next level. I think he’ll be a good fit for our kids. That’s the main thing.”