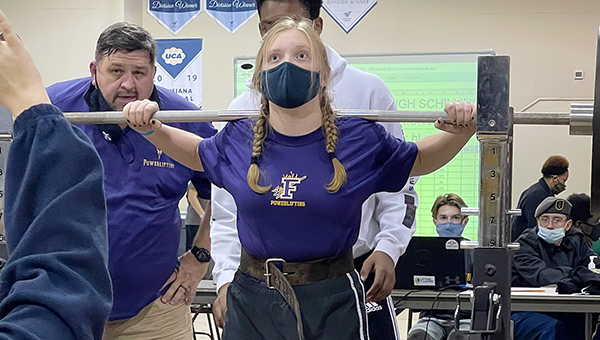 Franklinton was the only team from Washington Parish in the meet.

Trinity Miller was fifth in the SHW division with a 475 total. She squatted 185, benched 90 and deadlifted 200. Slidell’s Kimberlynn Brownlee won with a 750 total.

Franklinton will compete again on Feb. 13 in the Abbeville RAW Invitational.