Lady Bucs are 2nd in District 4-3A Tournament 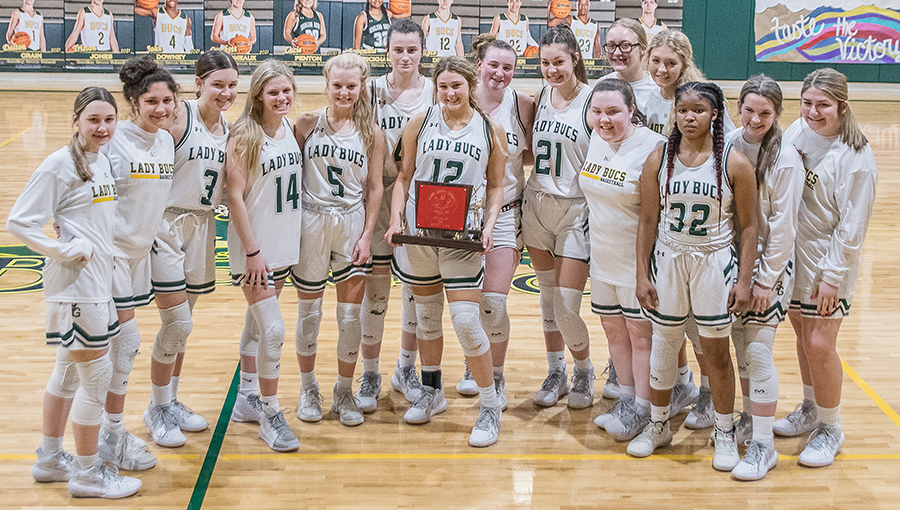 The Lady Bucs began tournament play on Tuesday with a 62-30 win over Ben’s Ford Christian School.

That put them into Friday’s game, which was a 43-32 victory over Lamar Christian School.

Bridget Devall recorded nine points that included a 3-pointer, one rebound, an assist, a steal and a blocked shot.

Javonnie Bickham posted five points on 2-of-3 from the field that included a 3-pointer and a rebound.

Anna Claire Crowe had four points, a rebound, five assists and a steal.

Baleigh Crain had one point and three rebounds.

Peyton Dupuy posted a rebound, an assist and a steal.

That put Bowling Green in the title game on Saturday.

Bowling Green came up short in that contest, 36-32, against Columbia Academy.

Bridget Devall posted 11 points on 5-of-10 shooting, Devall made a 3-pointer, grabbed a rebound and dished out an assist.

Wascom posted nine points on 3-of-6 from the field and she made two 3-pointers. Wascom had five rebounds, an assist and two steals.

The top four teams move on to the South 3A Basketball Tournament started yesterday and will continue today, Friday and Saturday.

Bowling Green plays its first game in the tournament today against Riverfield Academy. The winner plays either Clinton Christian Academy  or Amite School Center, which is being played today at 1 p.m.