Lady Bucs advanced in the District 4-3A Tournament 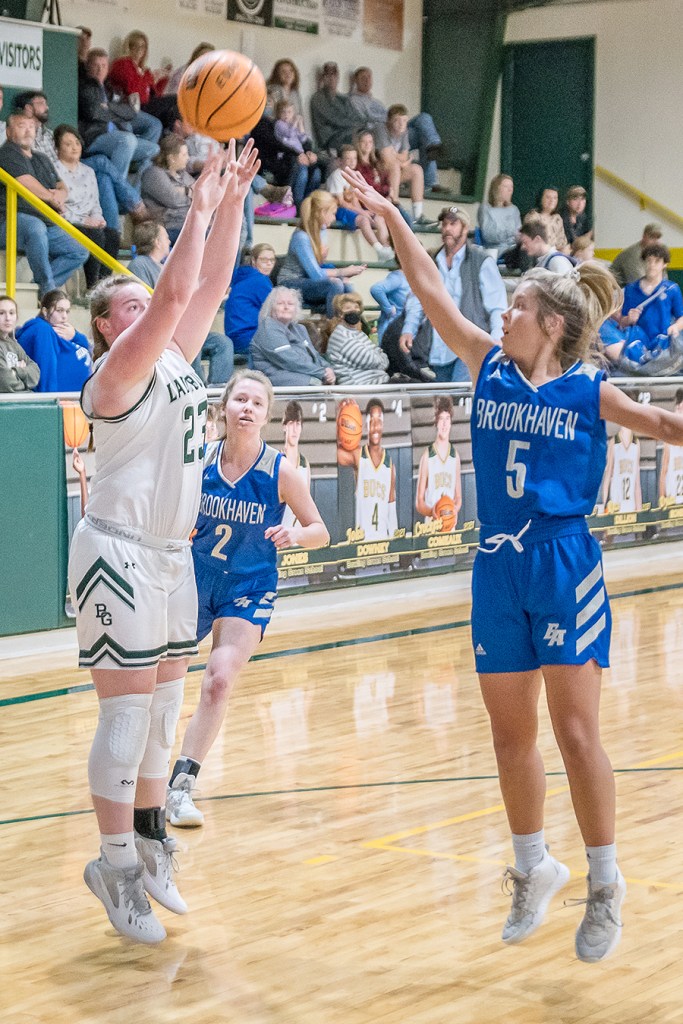 Bridget Devall tallied 14 points on 6-of-10 from the field to lead the Lady Buccaneers scoring. She made both of her 3-point attempts. Devall grabbed two rebounds, dished out an assist and made a steal.

Anna Claire Crowe had seven points that included a 3-pointer to go with two rebounds, four steals and a blocked shot.

Baileigh Crain recorded six points, a rebound and an assist.

Emily Cothern posted three points, a rebound and a steal.

Peyton Dupuy grabbed a rebound and dished out an assist.

Allie Jacobs was next with seven.

Bailey Stewart and Natalie Seal had four each.

Bowling Green advanced to play Lamar Christian School, which took place after yesterday’s press time. The winner plays in the finals that takes place on Feb. 6.

Seal posted 10 points on 4-of-6 shooting to top Bowling Green in scoring. Seal pulled down three rebounds, dished one assist and made two steals.

Crowe had nine points on 4-of-5 from the field. She posted a 3-pointer to go with three rebounds and a steal.

Dupuy put up six points that included two 3-pointers along with two steals.

Savarese pulled down a rebound, blocked a shot and made a steal, while Crain grabbed three rebounds and Cothern had a rebound.