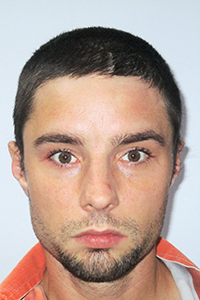 WPSO Chief Deputy Mike Haley said that as the officers ran a background check on the subject, they discovered he had outstanding warrants in Washington Parish, prompting the response from Garcia.

“As officers searched the suspect, identified as Matthew O’Brian Adams, 31, a resident of Woody Road, they discovered a quantity of heroin and marijuana on his person,” Haley said. “He was transported to the Washington Parish Jail and booked on the drug charges in addition to possession of drug paraphernalia and the two outstanding warrants for contempt of court.”

“Believe it or not, this arrest came about because he shoplifted a Pop Tart,” Washington Parish Sheriff Randy Seal said. “At least he paid for the Pop Tart before heading off to jail. Thanks, officers Harper and Leche and Deputy Garcia, for making this arrest and getting more drugs out of our community.”