COURTESY PHOTO Bogalusa’s Derek Keating (middle) is pictured on the awards stand after winning his weight class in the PJP Invitational that took place on Saturday.

Keating was victorious in the Super Heavyweight Class after lifting a combined 1,155 pounds. Keating squatted 465, benched 280 and deadlift 410. Salmen’s Dwayne Coleman was second at 1,130.

Keating was one of three lifters for Bogalusa.

Arceneaux will compete again on Jan. 30 in the Central High School Invitational.

Bogalusa will be back in action on Feb. 6 in the Salmen High School Invitational. 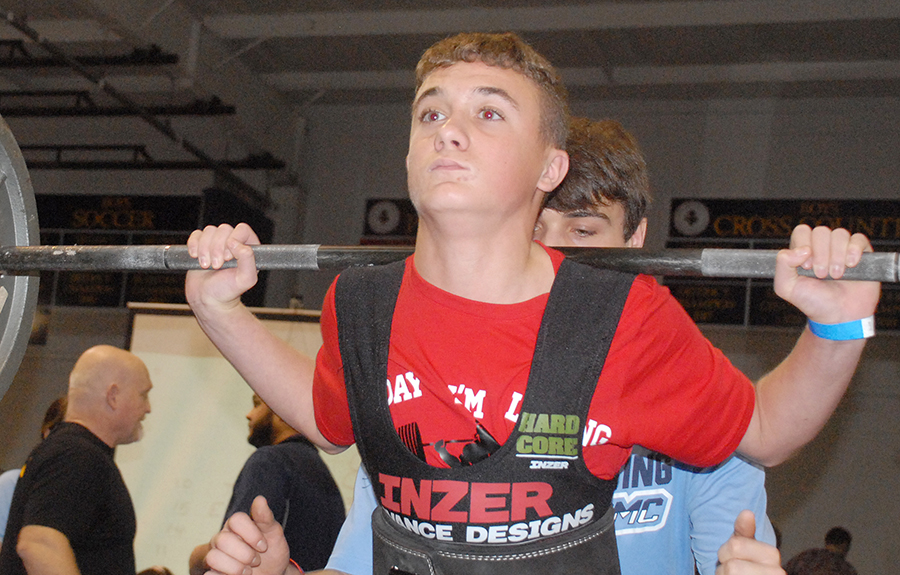