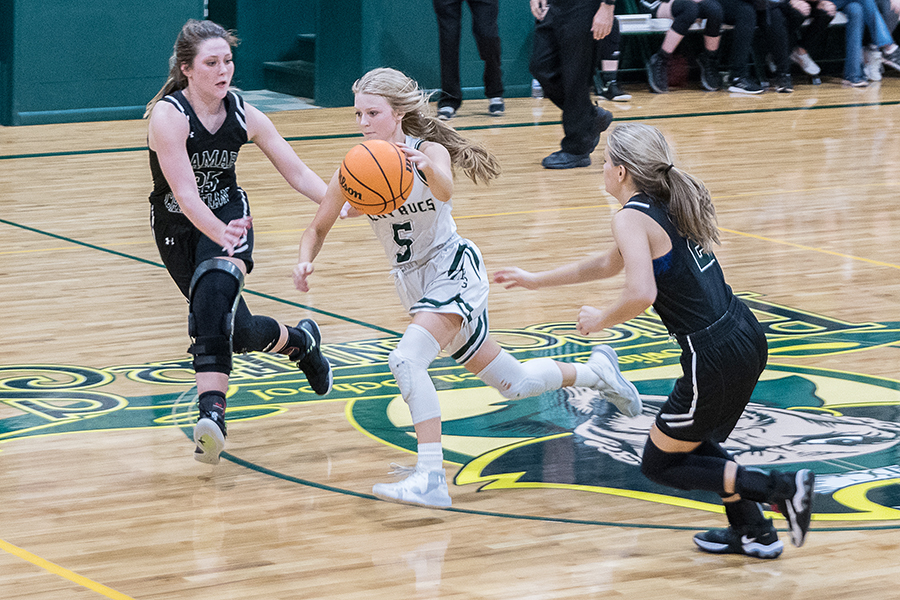 COURTESY PHOTO/Terryl Hicks Bowling Green School’s KaKa Seal takes the ball up the court in a game this season.

Claire Wascom led the Lady Buccaneers in points with 17 that included four 3-pointers. Wascom was successful on 4-of-6 from beyond the arc. Crowe was also 3-of-4 from the free-throw line. Crowe pulled down three rebounds and made a steal.

Anna Claire Crowe posted 12 points on 5-of-9 from the field to go with two assists and a steal.

Bailey Devall tallied six points on a pair of 3-pointers along with three rebounds, an assist and one steal.

Peyton Dupuy had two boards, two assists and a steal, while Baileigh Crain pulled down two boards and made a steal.

Bowling Green’s next game will take place on Tuesday at home against PCA.