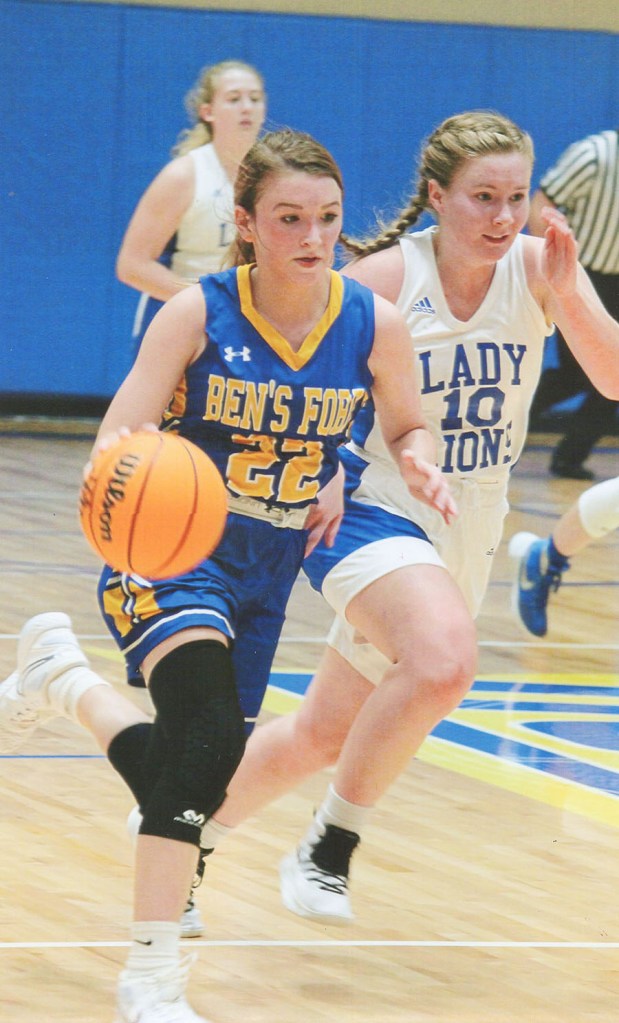 COURTESY PHOTO/Karen Holston Ben’s Ford’s Bailey Stewart dribbles the ball up the court in a game this season.

The Lady Eagles had 10 players hit the scoring column.

Bailey Stewart and Jules Morelock tallied eight points each to lead the team.

Ben’s Ford will be back in action on Jan. 4 when they travel to Amite School Center for a District 4-3A contest.