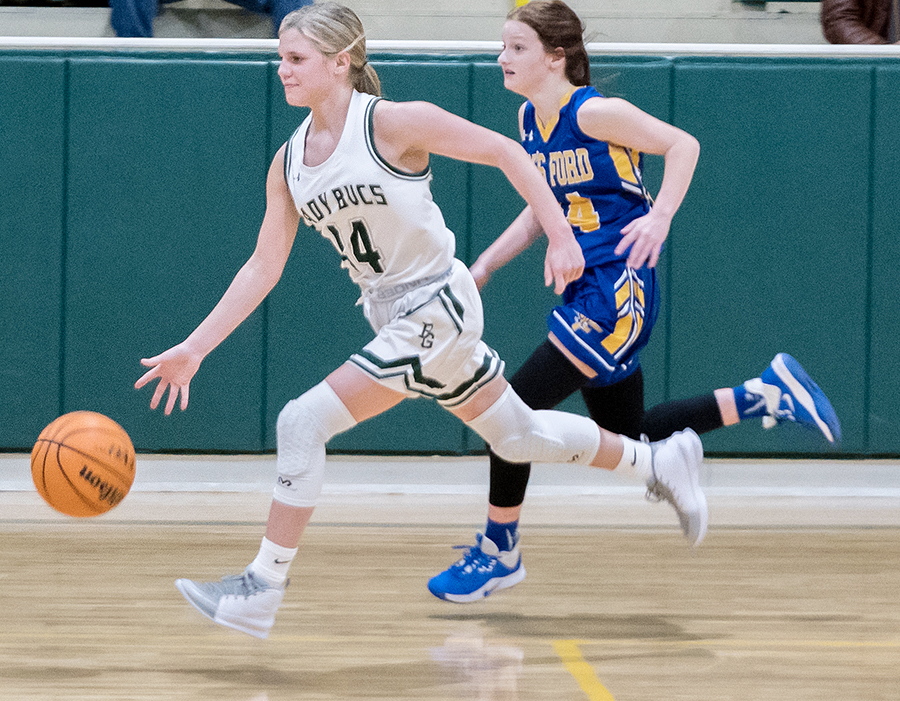 COURTESY PHOTO/Terryl Hicks Bowling Green School’s Claire Wascom dribbles the ball up the court in a game this season. Bowling Green won their league games held on Friday and Saturday.

Bowling Green School’s Lady Buccaneers were victorious over Wayne Academy and Laurel Christian School in District 4-3A games on the road Friday and Saturday.

Friday’s game was a 44-25 victory over Wayne Academy.

Bailey Devall led the Lady Bucs in points with 14. Devall, who made six of her nine shots from the field and both of her 3-point attempts, missed a double-double by just two rebounds, as she pulled down eight boards. Devall dished out three assists and made three steals.

Peyton Dupuy had four points, a rebound and a blocked shot.

Javonnie Bickham pulled down four boards, dished out three assists and made a steal, while Emily Cothern grabbed a rebound in the win.

Bowling Green was victorious the next day, 45-16, over Laurel Christian School.

Wascom led the Lady Buccaneers with 15 points. She made a 3-pointer.

Dupuy and Bridget Devall tallied eight points each. Dupuy made a 3-pointer.

Bowling Green’s next game will take place on Friday against Parklane Academy at home.