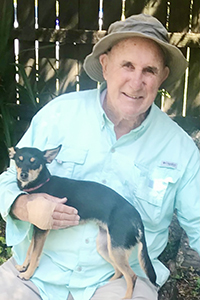 Gary Wayne Crosby, 77, a resident of Franklinton, died early Wednesday morning, Dec. 9, 2020, at Ochsner Medical Center in New Orleans. He was born Jan. 20, 1943. Gary was a very hard-working and dedicated man. He was retired from Rayburn Correction Center. Earlier in life, he worked for Bogalusa Coca-Cola Bottling Company. Gary proudly served in the U.S. Army in Fairbanks, Alaska. Some of his fondest memories were coaching Little League basketball and baseball. Gary loved fishing, golfing, gardening, and being outdoors.

Gary was preceded in death by his son, Bradley Crosby; his parents, Lonnie and Myrtis Crosby; brother and sister-in-law, Barney and Lezette Crosby; and special niece, Casey Williams.

A graveside service will be held in Ponemah Cemetery on Saturday, Dec. 12, at 10:30 a.m., with the Rev. Bobby Smith officiating. COVID-19 restrictions will be observed by all who attend the service.

Gary leaves a legacy of love and integrity with his family and those who knew him. He has left behind wonderful memories of being a loving son, brother, husband, dad, PaPaw, uncle, and friend. The family is grateful for each and every day they got to see his glowing smile, and for the lessons learned, and all the jokes that he shared.