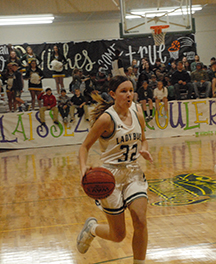 Devall, who made nine of her 13 shots from the field, pulled down five rebounds, made seven steals, dished out an assist and blocked a shot.

Grace Savarese totaled three points and a rebound. Savarese made a 3-pointer.

Emily Cothern had two points and a rebound.

On Thursday, Ben’s Ford was defeated by Amite School Center, 55-25, in a district game at home.

Bowling Green’s next game will be against Brookhaven Academy at home on Dec. 5 at noon, while Ben’s Ford will return to action on Tuesday at home against Christian Collegiate Academy at 4 p.m.