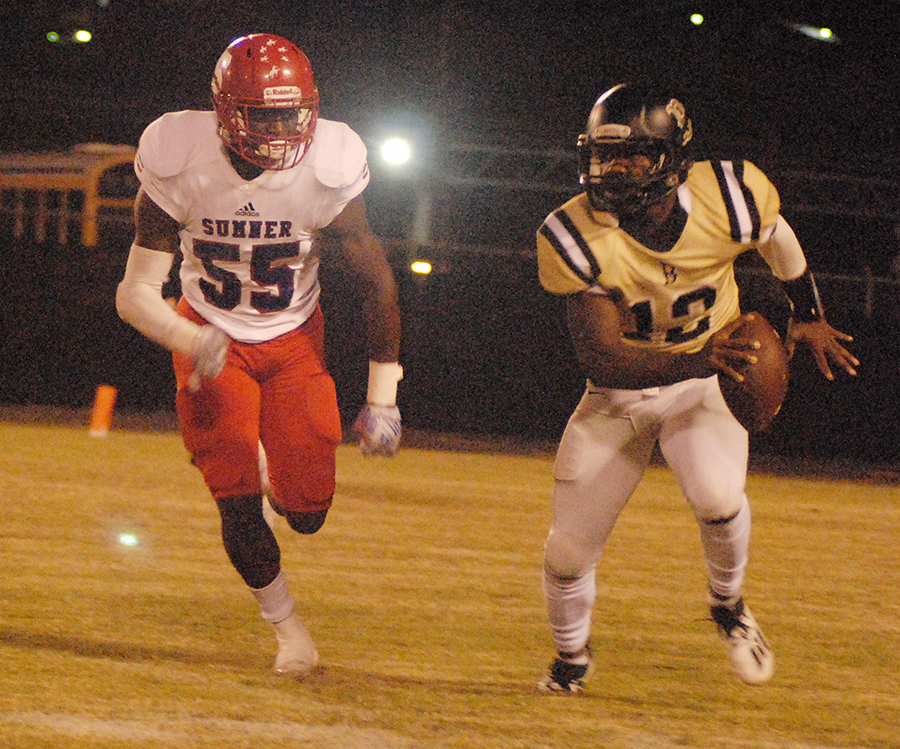 Bogalusa’s Lumberjacks suffered a 46-8 loss to Madison Prep in the first round of the Class 3A playoffs.

“It was a sloppy game due to the rain and we didn’t do a very good job protecting the ball and executing in the conditions,” Bogalusa coach Adam Brumfield said. “When you play a really good football team like Madison Prep, you have to execute and take advantage of their mistakes. You can’t be the one making the mistakes. They have a really good ball team, way better than what they are seeded (No. 9). If not for the forfeit they would be a top five, maybe even top three seeded team. They were fast and extremely physical.”

Bogalusa’s points came on an interception return for a touchdown by Reynis Morris. Tajdryn Forbes ran in the two-point conversion.

No. 24 Bogalusa went 3-4 this year, including postseason.

“We battled a lot of adversity this year from COVID to our three-year starter at quarterback (Josh Taylor) getting hurt the first game of the year,” Brumfield said. “The kids kept battling and fighting no matter what was thrown at them and as a coach that’s all you can ask. We had a really good group of seniors and they will be missed tremendously. They set a great example of hard work and showed great character throughout the year. They are a special group of kids and I’m glad God gave me the opportunity to coach them. There is no doubt that they have bright futures and will be successful when they leave Bogalusa High School. They have become great young men.”

Ninth-seeded Madison Prep, who is 6-2, advances to the second round and will face eighth-seeded Donaldsonville. Donaldsonville defeated No. 25 Loranger, 46-0, in the opening round.