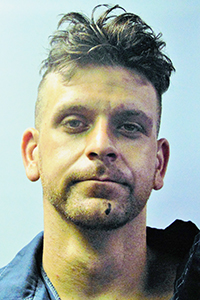 On Monday, Nov. 23, while responding to a report of a man behaving erratically in the parking lot of a church southwest of Franklinton, Washington Parish Sheriff’s Office Lt. Terry Harris was assaulted by the person creating the disturbance, according to WPSO Chief Deputy Mike Haley.

After a physical struggle, during which Harris was struck repeatedly on his head and face, the suspect was placed in restraints, Haley said.

The initial call reported that a man was screaming and yelling at the church. Harris then arrived and encountered the man on Sanders Road, at which time the man charged Harris and assaulted him, Haley said. During the struggle, Harris was able to radio for backup. Franklinton Police officers responded and the suspect was placed in handcuffs and transported to the Washington Parish Jail, Haley said.

Medhat Amon Alhashimi, 30, a resident of Highway 450, was booked into the jail on charges of resisting an officer with force or violence and battery on an officer with injury.

Haley said that this arrest marks the seventh time Alhashimi has been booked into the Washington Parish Jail since his first arrest in 2009. Previous criminal charges include possession with intent to distribute illegal drugs, theft, issuing worthless checks, possession of stolen property, parole violation and failure to appear in court, Haley said. His latest arrest, in 2019, was for an outstanding warrant from Livingston Parish.

“Lt. Harris showed great restraint in his handling of Alhashimi,” Washington Parish Sheriff Randy Seal said. “He used just enough force to restrain the suspect until backup officers arrived. During the heat of the struggle, and while being repeatedly assaulted, Lt. Harris displayed bravery and professionalism to prevent the incident from escalating. I am grateful to the Franklinton Police officers who provided assistance.”